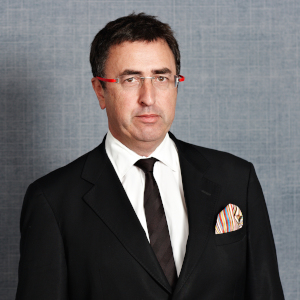 One law firm is already using a cutting-edge automation software that is set to hit the wider Australian legal market early next year.

The automation platform Cael Verify is set to hit the Aussie legal market early in the new year, and is “even better” at compiling and verifying the contents of complex documents than paralegals, according to Corrs Chambers Westgarth partner Andrew Lumsden.

“The beauty of this model is because it’s all in the cloud,” he told Lawyers Weekly.

“Over the long term … if you’re somebody that did an IPO using Verify, then you’ll be able to use that same material to do the subsequent annual reports and other fundraising.

“It’s essentially more efficient the more stuff you put in it.”

Corrs Chambers Westgarth is in the first law firm in Australia to use Cael Verify.

“Our ballpark estimates are that it can reduce the costs by about 25 per cent,” Mr Lumsden said.

“I wouldn’t say that we’re all the way there in terms of what could be done with this product, but ultimately it’s a much more efficient process.”

Mr Lumsden said that the increase in automated technology is undoubtedly reducing the amount of work for paralegals and junior lawyers. But he also said the development of such technology means the work that’s left over is of better quality and more rewarding.

Following a three-year testing phase by Corrs in conjunction with Elevate Services, the new software will be available to all Australian law firms.

“It’s not the formula for Coca Cola,” Mr Lumsden said.

“It’s a tool to help you do things more efficiently we’re happy for anyone to use it.”

This collaborative ethos is echoed across the firm’s approach to innovation, which has included the launch of a number of AI technologies over the last few years.

“The key to ensuring we thrive in the shifting delivery of legal services is to ensure our innovations deliver value to the market,” said Corrs CEO John Denton AO.

“At times, this extends beyond our immediate client base.”