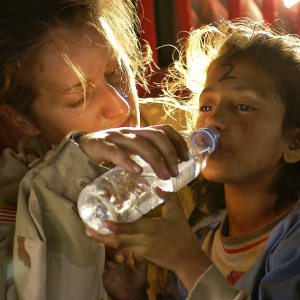 A public policy centre is pushing for the national conversation concerning refugees to focus on legal principles and solutions, in a report released last week.

The Kaldor Centre for International Refugee Law has urged for the public dialogue on refugees and asylum seekers be guided by solutions rather than “divisive politics”.

According to senior research associate Madeline Gleeson, the welfare of people detained in Australia’s offshore centres depends on a more pragmatic way forward. This also means being sensitive to legal and humanitarian standards when considering resettlement options.

“There are minimum legal standards that govern whether third-country resettlement is appropriate,” Ms Gleeson said.

The legal academic who authored the book Offshore: Behind the Wire on Manus and Nauru, recently convened a roundtable of experts to discuss refugee protections in the current geopolitical climate.

The mental health of people in detention was a main concern for the group, especially those now entering the fourth year of indefinite detention on Nauru and Manus Island.

“Because the group of refugees on Manus Island and Nauru has suffered distinctly as a result of Australia’s policies, they require a higher standard of services,” Ms Gleeson said.

“Australia must ensure these people are resettled in countries that not only offer effective protection, but also have a proven capacity to provide them with the professional mental health care they urgently need.”

Last week the Kaldor Centre, based at the University of New South Wales, released a report based on a number of roundtable discussions it conducted with UNHCR representatives, civil society, lawyers and academics.

The Where to from here? report acknowledged the policy challenges posed by those people seeking asylum in Australia by boat. However, it also warned that the “serious, ongoing threat” to those kept in Australia’s offshore detention was a matter of urgent attention.

The report said that Australia would have to take special measures to ensure those involved in any resettlement deal adequately provided for the mental welfare of detainees.

“The arrangements on Manus and Nauru are unsustainable, [however] Australia cannot accept whatever politically expedient deal it is able to negotiate with any country to get out of this damaging arrangement of our own making,” Ms Gleeson said.

While the current geopolitical climate may have polarised the debate globally, the report’s authors believe that the debate will be best guided by a commitment to solutions and the law. According to the report, this must also be a firm focus in any resettlement arrangement with another country.

Some of the roundtable participants added that, in their view, it was essential for adequate psychological support services to be provided as a “determinative criterion” for resettlement in any country.

The report also explores other key refugee policy issues including protection at sea, protection in the region and safe pathways to protection.