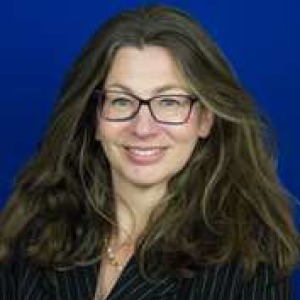 A lawyer who is second generation deaf has spoken out about the discrimination she has received by the Australian legal profession, which she says is notably due to her disability.

WA Deaf Society CEO Rebecca Adam has been qualified lawyer for over 20 years but says she has not been able to practice law because she is hearing-impaired.

Speaking to Lawyers Weekly, Ms Adam explained she had been working one law firm in particular for around one year before they decided to let her go without any reason provided.

“After a year, they said to me ‘no, we're not going to have your contract here anymore, there's no opportunity for you’. I was so stunned, there were five or six other people and most of them got job offers [after their probation period]. I was the only one who didn't, obviously because I was deaf,” she said.

“For me, I thought everything was fine, relationships were working well, the client meetings went well, I went to court but they didn't give me a job and I was absolutely shocked by that, it really took me back.

“It was an experience for me to feel, for the first time, what it really meant to be a deaf person.”

Since then, Ms Adam said she has been unable to land any work as a legal professional.

“I kept knocking on doors, asking law firms [if they had any work available], and telling them ‘I can bring these customers to you, specifically’. After a year of doing that, I still had no job interview. I kept continuing, asking, asking, asking all the time but still no fruits. So I had to leave the legal profession and I was very, very sad,” she said.

“I understand in life sometimes you have to be flexible and think about which pathway you go down, and deal with the obligations and blockages that you have, but this one, specifically for me, was based on bad attitudes, and based on incorrect perceptions regarding deaf people and their ability to provide to the legal profession.

“I was seen not as someone who could provide a better environment in the legal system for deaf people, I was seen as not being able to provide a service … I think [the profession] should be accountable for why they didn’t allow or even try to give a deaf person a go.”

However, Ms Adam noted that it isn’t just those who are deaf that get discriminated against in the legal profession, but also those that are blind.

“I have met a blind lawyer who works in the office doing data entry or answering the phone,” she said.

“She was a qualified lawyer too, but she's not practising law because there's no opportunity for them. The legal profession is not willing to give them an opportunity.”

Ms Adam added that the emphasis law firms put on diversity and inclusion is “contradictory”.

"They need to start thinking about employing people from different backgrounds and stop thinking about all the funding and financial part of it and saying it can't be done.

“Because when you have diversity it represents a diverse community, it makes an impact on your bottom line and in more than one way.”

Herbert Smith Freehills is working to combat the discrimination of those with a disability, announcing it launched an Australian Ability Network on 13 December.

Herbert Smith Freehills regional managing partner – Asia and Australia – Sue Gilchrist said the creation of the network is an integral part of the firm’s global diversity and inclusion strategy.

“We celebrate our similarities as well as our differences, and the Australian Ability Network will ensure that people with a disability feel safe and supported whilst also providing the practical resources needed to allow all people at the firm to thrive,” she said.