Skills law students need to brace for the future 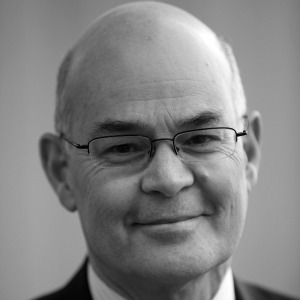 According to Law Society of NSW 2016 president Gary Ulman, the most competitive law graduates will be those who can quickly adapt to their workplaces, with a good grasp of the business imperatives of clients.

Speaking to Lawyers Weekly about the skills tomorrow’s law graduates should arm themselves with, the 2016 president of the Law Society of NSW identified commercial and technological skills among the most desirable attributes.

“They certainly need to have an understanding of technology that allows them to quickly adapt to whatever technology is being used by their employers,” he said.

When asked what other skills can help new lawyers to readily adapt, Mr Ulman highlighted accounting, commerce and project management.

He added that while employers regard commercial and other relevant hands-on experience favourably, a sound theoretical knowledge should be enough to give graduates a good edge over other legal job-seekers.

“It is not just about learning your core legal subjects any more and then going into a law firm.”

This advice rings true with the anecdotal experience of recent year 12 graduate Sarah Shipman, who said she was actively discouraged from pursuing a law degree while at a university expo in Lismore.

Ms Shipman gave an account of one law lecturer from Southern Cross University urging her to reconsider legal studies and choose a business degree instead.

“The lecturer basically encouraged me to do business instead of law. He said business is where it's at,” Ms Shipman said.

“It didn't really affect my decision-making but it has got me a bit worried about getting a job after uni,” she said.

In Mr Ulman’s view, the responsibility to manage the expectations of new graduates entering the job market but also adequately prepare them for the types of tasks they will be thrown into does not fall to universities alone. He added that the legal profession and employers have an important role to play in assisting young lawyers with their transition from university to the workforce.

“PLT providers, as well, need to have some regard to what is expected of new graduates when they join the workforce,” Mr Ulman said.

“The graduates need to understand, not just when they graduate but well before then, what their employment prospects are, what is the job market like out there and [how] they need to prepare for that job market. And we need to be working with the universities to make sure that they are fully apprised of the employment market out there when they leave law school,” he said.

Mr Ulman, who is also a partner at MinterEllison, based his predictions about the skills future employers will want on evidence presented before a recent commission of inquiry. As president of the law society, he chaired the inquiry, known as the 'Future of Law and Innovation in the Profession' (FLIP), which concluded in December.

Among the key themes to emerge was the growing appetite for new lawyers with project management experience: a useful skill that can be applied to litigation and transactional matters in particular. Technology was also a strong feature during the FLIP hearings.

The final FLIP report is due to be released in February. However, the initiative is intended to be an ongoing project. A 'future committee' has been established by the law society to lead the FLIP commission and settle the recommendations that will ultimately be put to its governing council.

Skills law students need to brace for the future