Beware the sleeping dragon: the challenges of advising companies in China 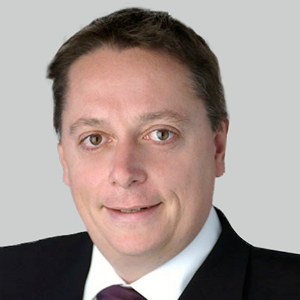 Advising companies that operate in or with the Chinese market can be a fraught business for lawyers, according to TMT expert Scott Thiel.

Advising clients who play within the vicinity of the regulatory beast that is China’s wide-sweeping legislative regime is a tricky business for lawyers.

According to DLA Piper’s Scott Thiel (pictured), it is difficult to run a competitive business without breaching at least one of China's broad national laws, and for lawyers to keep abreast of the country's constantly evolving legal landscape.

The result is a “constant headache”, the Hong Kong-based partner told Lawyers Weekly.

“Laws in China tend to appear overnight. We don’t get much warning; we don’t get a lot of consultation.

“And you get these quite succinct pieces of legislation that are on one level quite simple, but also incredibly complex,” Mr Thiel said.

The broad nature of regulations is one of the biggest challenges Chinese laws present to those trying to interpret them, Mr Thiel added. Especially for clients who ask about potential risk, the wide-sweeping language of regulations in China, characterised by what he calls “blanket statements”, mean that definitions cover an almost endless range of circumstances.

The complexity goes further. Advice about the meaning and application of national laws in China also varies, depending on which regulatory body is consulted and the location of the authority that is being deferred to.

Mr Thiel said the inconsistency lawyers come up against when seeking advice from any of the different offices belonging to a single authority harks back to a time when provincial laws in China operated independently.

“You can speak to a regulator in Shanghai who will give you a completely different view to a regulator in Beijing, even though technically it’s a national law in China and should be the same everywhere,” Mr Thiel said.

“There are many different regulators [and] you need to try and patch together advice on what their current thinking is.”

While he acknowledged that the push towards a comprehensive national regulatory regime is well and truly underway in China, he said different provincial interpretations are likely to prevail. The reason comes down to a practical issue, Mr Thiel said: where enforcement takes place, and by whom.

“A lot of enforcement happens geographically. So often, when there’s a problem or potential problem what we’ll often look at is where our client’s operations are,” he said.

Remaining up-to-date with regulatory developments and the provincial nuance in how those laws are interpreted means dedicated, daily contact with the regulators. For the group of lawyers who work with Mr Thiel in Hong Kong, this means constantly calling Chinese authorities all over the country, every day.

“We have to do a lot of communicating with the Chinese regulators to get their comment or their current view on how things are operating, what their priorities are and how they would see things,” he said.

Against the backdrop of the ongoing enhancements China is making to its regulatory framework, across all sectors, Mr Thiel believes it is useful to assess the government’s motivations of the day.

In the case of developments in the country’s cyber laws, for example, he sees political impetus to be driven by economic interests, more so than specific concern for citizen privacy.

“Yes, there’s a national security agenda, for sure. But secondarily I think there’s this whole issue of promotion and growth in the domestic market,” Mr Thiel said.

“So with that in mind, when we advise clients we ask: ‘What are you actually doing? Because even if it is a technical breach, which so many things are in China, are you the one that’s putting your head above the parapet and poking them in an area that they’re really unhappy about?’.”

Beware the sleeping dragon: the challenges of advising companies in China