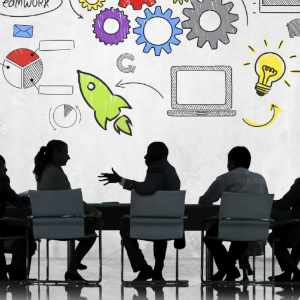 According to a Mahlab roundtable briefing, 'The view from the top', there are two distinct models being adopted by in-house legal teams, both of which hold benefits as corporate counsel continues to grow.

The briefing report noted that the two key models generally used to structure in-house legal teams are a “centralised model” and an “embedded model”.

It classified a centralised model as a legal team that is a separate functional unit, overseen by a general counsel.

Meanwhile, an embedded model is one in which lawyers are positioned within business units, reporting either directly or by dotted line to the general counsel. In the latter case, the lawyer may also report to the commercial manager who leads that business unit.

“The vast majority of the organisations represented at the roundtable discussions employed a centralised model. However, there have been some recent examples of prominent organisations moving towards an embedded model,” the briefing said.

“From a historical perspective, there is a recurring cycle whereby some organisations move between the models. This is perhaps because a tension often exists between the objectives of fostering engagement with stakeholders and maintaining professional distance.

“A hybrid structure is also employed in some organisations, especially those with larger legal teams.”

According to the briefing, a centralised models presents benefits including professional distance, management oversight and greater career development opportunities.

“A separate legal team is more likely to be objectively perceived as independent – an important factor for preserving legal professional privilege. Working with other lawyers also reinforces ethical obligations of independence,” the briefing said.

“Structural distance can also protect lawyers from being held captive by the business. For example, being called on to make hasty decisions in response to internal client deadlines.

“In some cases, though, it’s not so much a concern about lawyers losing sight of professional obligations, but that lawyers often prefer to work with other lawyers. There are natural benefits of information sharing, ongoing learning and camaraderie.”

On the other hand, “embedding lawyers in a business unit can be seen as a way to increase the lawyers’ commercial acumen and improve understanding of the commercial context”, the briefing said when highlighting the benefits of an embedded model.

“This embedding of lawyers can foster closer working relationships and create a trusted adviser status,” the briefing explained.

“This is particularly important for organisations that are working to facilitate greater and earlier consultation with the legal team.”