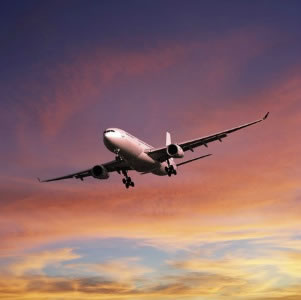 Kain Lawyers has urged its corporate clients who use distributors or agents to sell their products or services to review these arrangements, following Flight Centre’s significant competition laws breach.

The firm is advising its business clients to urgently review these agency arrangements, noting that they could be in breach of Australian competition laws and face prosecution.

This comes after the Australian Competition and Consumer Commission’s (ACCC) recent win in its High Court appeal battle with Flight Centre.

The court ruled that the travel agency breached competition laws by attempting to induce three international airlines – Emirates, Malaysia Airlines and Singapore Airlines – to enter into price-fixing arrangements when air fares offered online by the three were cheaper than those offered by Flight Centre.

Kain Lawyers director Rebecca Halkett said the High Court ruling has significant ramifications that go well beyond the travel industry and could extend to all businesses that make offers directly to customers as well as using agents to sell their products.

“The key question facing the High Court was whether the airlines and Flight Centre were competing against each other in the same market,” Ms Halkett said.

“The Court found that principals and agents can be taken to be competing with each other in the same market, meaning that many vertical distribution arrangements could now potentially be in breach of competition laws.

“Until now, many principals and agents in vertical distribution arrangements have operated on the assumption that the prohibitions around price fixing and cartel conduct do not apply to their arrangements because they are not in competition with each other.

“The main reason for this assumption is that the agent is acting on behalf of the business – but with this ruling, the High Court has said that principals and agents can be taken to be competing with each other, putting them at risk of serious criminal penalties if their arrangements amount to prohibited anti-competitive provisions.”

Ms Halkett noted that the decision does not mean that principals and agents aren’t able to compete with each other. However, she said if they are, they need to clearly understand the application of the competition law to their commercial terms.

“As many supply and distribution agreements include price parity clauses, restrictions on the territories in which they operate or the customers to whom the principal and agent will sell, these are likely now to be anti-competitive,” Ms Halkett said.

“We would strongly advise any business that is party to an agency or distribution arrangement – either as the principal or agent – and where there is a risk that the principal and agent might sell in the same markets, to have these agreements reviewed as a matter of priority.”