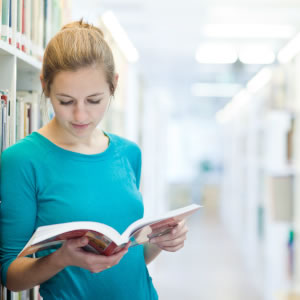 The new deputy head for Thomas More Law School North Sydney says a big goal within her new role is to assist in taking the school to new heights by offering “something quite different to the standard legal education” model.

Dr Catherine Renshaw has recently been appointed North Sydney deputy head of the Thomas More Law School at the Australian Catholic University, saying the school aims to install a key point of difference to the legal profession’s up and comers, in comparison to other law schools across the country.

“First, as a relatively new law school (the law program was established in Sydney in 2014 and Melbourne in 2013), ACU has the opportunity to build a law degree designed for the 21st century,” Dr Renshaw said.

“From the very beginning, the school has involved members of the profession to advise on attributes that law graduates need. We have learned that essential skills are missing in a lot of law graduates. Judges, for example, tell us that a great many new graduates are deficient in statutory interpretation skills. So this is one of the things that we emphasise in our law degree.

“We also hear from commercial lawyers that too many students come out of law school with a ‘silo’ way of thinking – an idea that law is about solving ‘an intellectual property problem’ or a ‘contract law’ problem, when of course commercial problems require flexible approaches involving multiple areas of law. So we have scaffolded this kind of complex learning about problem-solving into our whole degree structure.”

As well as an emphasis on solid legal skills, Dr Renshaw noted that the Thomas More Law School has a major focus on producing ethical law graduates.

“The school runs an impressive pro bono program, which involves every student carrying out the equivalent of four weeks pro bono work over the course of their degree,” she said.

“The program, involving a range of government and non-government legal service providers, provides students with hands-on legal experience. It is also a carefully managed program, which ensures a benefit to service providers and their clients as well as to the students.”

Dr Renshaw joins Thomas More Law School as the new deputy head for North Sydney after completing a summer clerkship at Allens, where she worked as a young graduate lawyer.

Dr Renshaw said the “rigorous training” she received at Allens and the “excellent mentoring” provided her with skills for her entire career.

Throughout her career, Dr Renshaw has also worked as a commercial litigator at Sparke Helmore in Newcastle, noting she has “great things to say about the quality of work available to young lawyers in regional areas”.

When it comes to academia and teaching, however, Dr Renshaw’s research focuses on international human rights law. Her doctorate has a particular focus on south-east Asia and Myanmar.

On top of her new role, Dr Renshaw will continue to run workshops on constitutional democracy and human rights in Myanmar, with colleagues from universities in Australia and overseas.