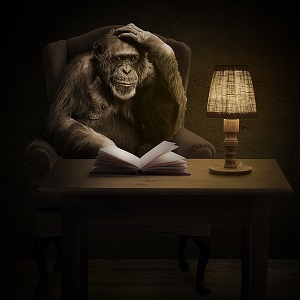 Senior lawyers and technologists discussed the impact of smart contracts on legal careers at the 2017 Blockchain Summit.

“How many lawyers will we have as a result of smart contracts, bearing in mind we've got 66,000 now [in Australia], in 10 years?” Asked an audience member, prompting the panel to address the potential impacts of smart contracts on employment.

Mr Allen replied that the profession is going to see dramatic change, and that the adoption of new skills could benefit some lawyers.

“Speaking as someone who’s employed by a big auditor and accounting firm, I think the same applies to all professional services: things are going to change dramatically,” he said.

“Those that either reskill or merge their skills – I don’t think it will be all lawyers [as programmers and all programmers] as lawyers, as some people suggested a year or so ago, [but] it’s going to change. I have no idea what it’s going to do to the numbers, but it will be interesting.”

Yet while there is scope for the “efficiencies” delivered by blockchain technology to limit some of the roles of lawyers, Mr Brookes said that the new legal issues sparked by smart contracts could generate extra work.

“I suspect AI might have more of an impact than smart contracts,” he said.

Mr Trinca added, “[Smart contracts] may change the way we do some things or add another option, more likely, to what’s available.

“As far as the number of lawyers is concerned, they’re pretty smart and sneaky lawyers, and they’re very adaptable. I’ve done lots of different sorts of law in my career and I suspect the younger generation will too.”

In fact, smart contracts present an opportunity for lawyers to streamline transactions and improve their client service proposition, according to Mr Ariyasinghe.

“There is a huge opportunity for automation, and it doesn’t necessarily have to be blockchain-related, but it’s more about can you utilise smart contracts in an intelligent way?” he said.

“Even at a very simple level, could you create a kind of formal marketplace, so small businesses or whoever can be able to purchase a basic, standard smart contract or contract, as it were, may undertake some form of transaction?

“And yes, it may require a small level of customisation, but I think that kind of effort could actually reduce that long turmoil, potentially, of transactions.”