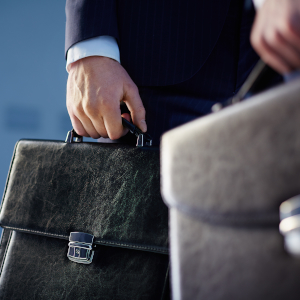 A Melbourne solicitor has been banned from practising law for two years after pleading guilty to seven charges of professional misconduct brought against him by the regulator, the Victorian Legal Services Commissioner.

Nicholas Logan, who resides in the Melbourne suburb of Pascoe Vale, received the ban from the Victorian Civil and Administrative Tribunal on 21 February after he breached an undertaking he gave to the legal regulator, a fortnight after he gave it.

According to the regulator, Mr Logan ran several law practices which dealt with matters associated with motor accident repairs.

One of his practices, Express Legal, obtained some of its clients through an association with motor vehicle repairers who encouraged owners of damaged motor vehicles to sign a repair authorisation document. Unknown to the vehicle owner, the document also included an authorisation for Express Legal to take legal action on behalf of the vehicle owner to recover any losses incurred as a result of the accident, the regulatory body stated.

In 2012, Commissioner Michael McGarvie took action against Mr Logan for acting on behalf of several clients without having first sought their instructions. At the time, Mr Logan gave Mr McGarvie undertaking that for all future matters he and his law practices would seek written instructions from his clients before acting for them.

Despite this, the VCAT heard that two weeks after giving the Commissioner the undertaking, Express Legal again acted for a client without first seeking instructions.

The Commissioner had also taken action against Mr Logan for other conduct issues in June 2014, April 2016 and November 2016.

During the case, Mr McGarvie said consumers had a right to know if legal work was being carried out in their name.

“Concerns have been expressed by car crash victims that some crash repair businesses work alongside lawyers to sue or defend suits without getting informed permission from the party involved in the crash. This is unlawful,” Mr McGarvie said.

Upon the decision being handed down, Justice Jenkins said that Mr Logan’s dishonest behaviour “demonstrated contempt for the legal regulator and that his misconduct was seriously aggravated by the fact that he had been previously dealt with for similar offending.”

Mr Logan pleaded guilty to four charges of professional misconduct for acting without authority and failing to advise his clients, one charge for making false and misleading statements and two charges of wilful failure to comply with an undertaking.

VCAT ordered Mr Logan to be suspended from legal practice for two years, after which time he may only practise as an employee under the supervision of another solicitor for a further 18 months. Mr Logan was also ordered to pay the Commissioner’s costs.

Commenting after the decision was handed down, Mr McGarvie said this matter represents a valuable lesson to legal practitioners.

“The crucial lesson from this decision is that practitioners representing the interests of a person must receive authority from that person before they can speak on their behalf or respond for them. In this case, Mr Logan had ignored this most fundamental responsibility of a lawyer,” he said.

“In Victoria we have found that of our 20,000-plus practitioners, approximately 4 per cent, account for 52 per cent of all complaints we receive.

“Where someone has made a simple, one-off mistake, we generally deal with it in a more pastoral way. However, where the practitioner demonstrates repeated violations of the profession’s own standards, as has happened in this case, we will take stronger action to protect the public and the reputation of the profession.”