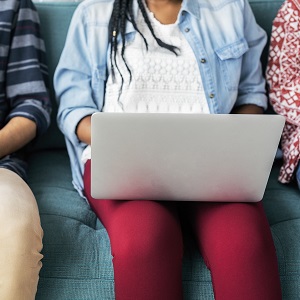 The Law Society of NSW has partnered with research and consultancy firm Urbis to develop a tracking survey specifically to look at employment prospects for law graduates.

The Law Student Tracking Survey will be available to approximately 3,000 students across 14 law schools in NSW and the ACT.

It is the first of its kind in Australia to focus on the legal profession in particular, according to Urbis director Alison Wallace.

“There are other graduate studies done, but they’re across all professions, and this one gives you the ability to drill down into, in more detail, the specific issues relating to law graduates,” Ms Wallace told Lawyers Weekly.

The survey will ask final-year law students whether they intend to practise as lawyers, or whether they will use their degree as a foundation for another career.

“There’s a particular concern [that] law graduates who want to practise law are going to have a very tough time in the future, and there’s a perception that there’s an oversupply of law graduates,” Ms Wallace said.

“But a lot of this information is anecdotal, and in fact I guess there’s a view that we don’t really know what the situation is.

“There is concern that if there is an oversupply of lawyers, that could potentially lead to lower salaries, it could lead to longer hours of work, it could lead to unpaid internships, and so really this research is to examine the current data and look at the viability of the profession for law graduates, and let’s get a really solid evidence base rather than just talking in generalities all the time.”

The survey will compare graduates’ experiences across a wide range of categories, including gender, age, ethnicity, language background, geographical background and the type of law they want to practise. It will also cover a variety of accredited law degrees, including bachelor of laws, combined degrees, legal diplomas, juris doctors and other postgraduate law degrees.

“[The survey] will be assisting [universities’] career advisers to provide good advice to prospective law students and law graduates,” Ms Wallace said, regardless of whether students intend to practise law.

“And I guess it will assist law schools and the Law Society of NSW and employers to maybe identify any joint initiatives to make a kind of smoother pathway for graduates into employment,” she added.

“We’ve talked with a number of law students and I think they’re really interested in the survey, because a number of them are saying, ‘Look, we’re fed up about the kind of pessimism, we’re fed up about the negative narrative about what the bleak employment prospects are for law graduates’ ... And I think they’re very keen to participate in studies which will actually give more information.”

The surveyed students will be contacted again in three years and in five years to track their employment experiences.

The Law Student Tracking Survey will be completed by students over April 2017, with the first report to be published around July. Ms Wallace said there is potential for it to be broadened into a national study in the coming years.