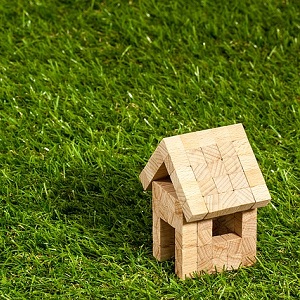 The number of disputes related to home-sharing platforms such as Airbnb is on the rise, according to the Legal Services Commission of South Australia.

The sharing economy poses new legal issues and risks for both renters and landlords. Chris Boundy, a lawyer and manager at the Legal Services Commission of SA, said in a statement that Adelaide’s ‘Mad March’ tourism season is leading to increased complaints from neighbours about short-term rentals.

“People should also be aware of council regulations relating to matters such as zoning and neighbourhood noise.”

Mr Boundy said the LSC has been receiving a growing number of inquiries about the laws and regulations relevant to home-sharing.

“The inquiries come from both sides of the fence. Some callers are unhappy about neighbouring properties being regularly used for short-term stays, while others want to rent out their homes,” he said.

Mr Boundy said the legal implications vary depending on the type of property.

“If you’re a renter who plans to list your home on an accommodation-sharing site, you should check with your insurer that it would cover damage caused by paying guests,” he said.

“It may also be argued that SA laws can require a renter to get their landlord’s permission before making the property available to other people through short-term holiday contracts.”

In a strata title property, such as an apartment or unit, on the other hand, the strata corporation cannot prevent the owner or occupant from letting the residence out for paid short-term holiday bookings, Mr Boundy said.

“However, the strata corporation must be notified about any change in occupancy, and the short-term paying guests must not create undue noise or interfere with other residents’ enjoyment of the property.

“Fines of up to $500 can apply if the accommodation-sharing breaches strata title or community title rules.”

He added that certain by-laws affect community title properties such as apartments and units.

“The by-laws of a community title corporation may prevent owners or occupiers from offering their home to paying guests for stays of less than two months,” he said.

“If approval is granted for short-term stays, your guests must not unreasonably disturb other members of the community title property, must use the correct parking space, and must not adversely interfere with shared facilities, such as lifts and stairs.”

Mr Boundy advised that residents should attempt to resolve matters amicably with their neighbours before resorting to legal action.

“If residents have concerns about the leasing of a neighbouring property, we recommend they start by constructively raising the matter with their neighbour, adopting a friendly approach, and remaining mindful of the neighbour’s perspective,” he said.

“You should seek legal advice before starting any legal proceedings. The Legal Services Commission is funded by the SA and Commonwealth governments, and offers free legal advice and information about strata title and community title matters.”

Online platforms are also changing Australian workplaces, according to a 2016 report from Corrs Chambers Westgarth.

The report noted that digital technologies are causing changes in workplace relations and safety, cyber security and work culture.