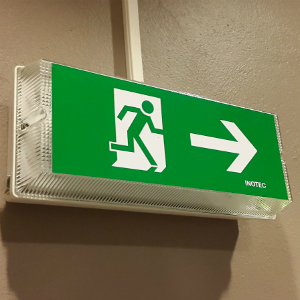 Slater and Gordon’s lenders have auctioned off their debt to distressed debt buyers, with plans being laid for a major restructure.

Westpac, NAB, and the Royal Bank of Scotland have joined Barclays in selling their debt in Slater and Gordon to distressed debt buyers, amounting to a total of more than $700 million.

UNSW associate professor of finance Mark Humphery-Jenner, who speculated last week that the banks may have swapped their debt for equity in Slater and Gordon, told Lawyers Weekly this alternative outcome was not surprising.

“NAB and Westpac and all of the other commercial banks will face issues in terms of prudential requirements and regulatory requirements if they hold a large amount of equity, in a listed company or an unlisted company,” Mr Humphery-Jenner said.

“So there are good reasons for commercial banks wanting to offload that debt.”

It has been reported that NAB and Westpac each sold their debt for around 25 cents in the dollar, a significant loss for the banks. However, Mr Humphery-Jenner said this would be preferable to holding equity in Slater and Gordon.

“They would stand to lose quite a lot, however they'd be balancing that against the prospect of what they would lose if the firm were to approach insolvency or if there were a recapitalisation,” he said.

“They’d also be balancing this against the viability of being able to hold equity on their balance sheet. In many respects it’s perhaps more desirable for them to simply sell their debt.”

An ASX update from Slater and Gordon this morning stated that over 94 per cent of its debt facility has been sold to distressed debt buyers.

The announcement said the debt buyers intend to implement a solvent restructure of the company.

It said the firm and the new debt owners believe a debt for equity lender scheme of arrangement is the best way to restructure Slater and Gordon. This would give the buyers a major stake in Slater and Gordon, likely diluting the value of existing shares.