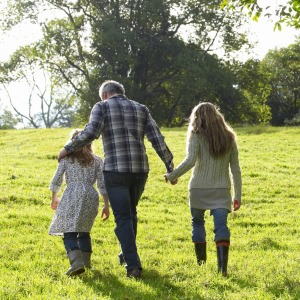 A Gold Coast family law firm has voiced its support for the High Court’s decision that children of divorced parents do not have the right to decide which parent they live with.

In the recent case of Bondelmonte v Bondelmonte, the High Court of Australia ruled that two boys, aged 15 and 17, were not allowed to live permanently with their father as they wished.

When the parents separated in 2010, the Family Court made equal shared parenting orders, with living arrangements to be decided by the parties and the children. The boys lived with their father and their sister, now aged 12, lived with their mother.

The contention arose when the father took the boys to New York for a holiday in January 2016. The parenting orders permitted the parents to take the children on overseas holidays. However, after two weeks in New York the father told the mother that he intended to live in the US indefinitely and that the boys would remain with him.

The mother filed an application under the Family Law Act 1975 for the boys to be returned to Australia. Justice Watts of the Family Court ordered their return, considering that the best interests of the children involved consideration of their relationships with their parents and each other.

“Although accepting evidence that the boys wished to remain living with the father in New York, Justice Watts considered the weight of those views to be ‘weakened by the circumstances which have been contrived by the father’,” the High Court said in a statement.

Justice Watts also ordered that alternative living arrangements could be made if the father did not return to Australia and the boys did not wish to live with their mother. These arrangements would see the boys live either in accommodation in supervision paid for by the father, or with the parents of their friends.

The father appealed to the Full Court of the Family Court. When this appeal was dismissed, he was granted special leave to appeal to the High Court. The mother did not take part in the High Court process, so an independent children’s lawyer opposed the father’s appeal.

“The High Court rejected the father’s contention that Watts J erred in discounting the boys’ expressed preferences to remain in New York because his Honour formed an adverse view of the father’s actions,” the High Court said.

“The High Court also rejected the argument that Justice Watts was required to ascertain the boys’ views as to the alternative living arrangements. Section 60CC(3)(a) only requires that the views, which have been expressed by a child, be considered; ascertaining the boys’ views was not statutorily mandated.”

“[Children’s] wishes can be taken into account, depending on the maturity with which they are expressed,” Ms Pullos said.

“Ultimately, the wishes of anyone under 18 is only one factor for the judge to take into account when deciding what is in a child’s best interests. They have to look at all the factors set out in S60CC of the Family Law Act – not just the child’s wishes.”

She added that the case dispelled the urban myth that once children reach 15 or 16 they can’t be made to do anything they don’t want to do.

These children – 15 and 17 – were clearly saying they wanted to stay in New York with their father. But the High Court looked at what was in their overall best interests, including the disruption to their relationship with their mother and their sister such a choice would necessarily result in, something apparently the boys hadn’t really considered when expressing their wishes,” Ms Pullos said.

“Kids don’t get what they want just because they want it – the central tenet of good parenting! The adult in the room, in this case the judge, has a duty to look at the bigger picture and make a decision based on all the ramifications for the child, as to what is best for him or her.”