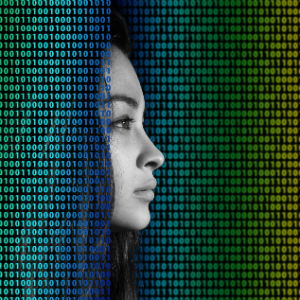 An international law firm has implemented a contextual recruitment system to boost diversity through its clerkship program, with promising results.

In 2016, Allens became the first law firm in Australia to implement the contextual recruitment system (CRS), developed by UK company, Rare Recruitment. The partnership was inspired by Rare’s work with Linklaters and several other Magic Circle firms in the UK.

Miriam Stiel, partner and head of the intellectual property group at Allens, was in charge of graduate recruitment in Sydney at the time.

“We recognise that our clients and the broader society are made up of very diverse people, and we wanted our firm to reflect that,” Ms Stiel told Lawyers Weekly.

“And while it’s something that I think we’ve had some success doing on our own, we've seen the need to introduce something a bit more systemic and structured to ensure that we get the best outcomes.”

The tool uses algorithms to profile candidates, compiling data about their demographics and educational backgrounds, and enabling firms to form a more complete picture of what each graduate offers.

Allens integrated the Rare CRS into its clerkship programme last year. Data from the firm, along with King & Wood Mallesons and Henry Davis York, showed that 13 per cent of clerkship applicants came from the top 1 per cent of Australian schools.

This suggests that students from disadvantaged schools or backgrounds may feel too daunted to even apply to major firms, believing their chances of success to be slim. Ms Stiel said there are two key components on Allens’ strategy in addressing this issue: utilising the CRS to recruit clerkship applicants from diverse backgrounds, and promoting the tool so that more of these students may consider applying to major firms.

“In our applicants last year we saw a broader spread of candidates from universities that might not traditionally have applied to Allens, and we hope that with ongoing recognition of the fact that this is something that firms are committed to, that that preconception will be overcome over time,” Ms Stiel said.

She added that the results in the UK have shown that candidates from disadvantaged backgrounds are 50 per cent more likely to be employed at firms that use the Rare CRS.

“I would imagine that, consistent with the experience in the UK, certainly other firms [in Australia] will be adopting this in time.”

Ms Stiel emphasised the benefits of recruiting candidates from a wider range of backgrounds, especially the ability of the CRS to highlight the personal traits that may make a candidate a great lawyer, rather than the school or university they attended.

“What we've noticed is that some of the skills that we look for in our candidates that are really strong indicators of success are resilience, motivation and ambition,” she said.

“That can often be something that is more obvious in candidates who have come from less traditional paths to firms like ours, and so I think that’s something that’s going to be really positive.”

Ms Stiel said the CRS works best as part of a large recruitment campaign, such as a clerkship programmes, and that Allens will be using it again this year.

“The long-term benefits won’t be seen for a little while because our clerks from last year, who went through using the tool, won't start as graduates with us until 2018 or 2019,” she said.

“It’s one thing to be employing people from diverse backgrounds, but looking at the long-term future of the firm and seeing them as the future leaders of the firm, because they are demonstrating those skills that are important for success, are really important as well.”

The Lawyers Weekly Show recently spoke to Melissa Andrewes, an associate director at Rare Recruitment, who provided further insights into the CRS and the issue of diversity in the legal profession.