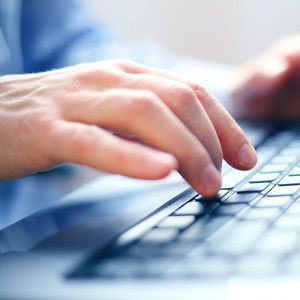 Rather than putting lawyers out of work, artificial intelligence is improving their efficiency and automating some of the more tedious aspects of their practice, according to a legal software executive.

Jim May, head of product, legal and software solutions at LexisNexis, told Lawyers Weekly that despite the fear that artificial intelligence will limit the role of lawyers, it is just the next stage of innovation. He said the smartest firms are already adopting AI and machine learning technologies to boost efficiency.

“AI is another technology wave, like the ones that have come before it, like mobile or internet or PC,” Mr May said.

“It’s at least as big, probably bigger than any of those individual waves before, in terms of its economic and social impact on every industry. The reason it’s sometimes underestimated is because it’s less tangible or less direct.

Mr May gave an address at the Commonwealth Law Conference last week, where he spoke about the impact of AI on the legal profession. He explained several AI and machine learning tools to the audience.

“The first is automated contract review, which exists today,” he said.

“There’s a couple of start-ups working in this area, and I think they’re significantly increasing the efficiency and accuracy of reviewing contracts.”

Mr May emphasised that machine learning is a significant leap in sophistication for AI technology and has the potential to help lawyers streamline their work.

“Machine learning technology is fundamentally different from previous software technology, in that the rules by which it recommends decisions are not explicitly programmed by a human,” he said.

“The machine learns from data. You feed it with hundreds of gigs of data of previous scenarios, then it detects the patterns so that it can recommend what to do next in a new scenario.

“I think machine learning is particularly well-suited to solving a lot of the problems faced by lawyers, making them more productive. I think the way they will experience it isn’t some robot that comes along and changes life or takes away their jobs or something like that; it’s simply that the tools they use all day, every day, will incrementally, one small step at a time, get smarter.

“All of these tools are tools to make life easier, not tools to replace people.”

Mr May acknowledged the trepidation surrounding AI and machine learning, but said that the adoption of these technologies may enable lawyers to diversify their client bases, rather than take away work.

“If you’re making people’s life easier and making them more productive, it does raise the question ‘Do we need fewer lawyers?’, and I think that’s not necessarily the case,” he said.

“There’s a huge unserved market today: small businesses, in particular, very rarely solve their problems by seeing a lawyer because they feel like they just can’t afford it.

“And consumers often – in a situation where they would benefit from legal advice – don’t even recognise that, and are not even aware that they need legal service, let alone feel like they can afford it.

“So by using these tools for lawyers to become more productive, it’s easy to imagine that rather than being less busy, they’ll serve more clients more cost effectively, and rule of law as a whole is sort of moved forward, and we’ll live in a more just society.”