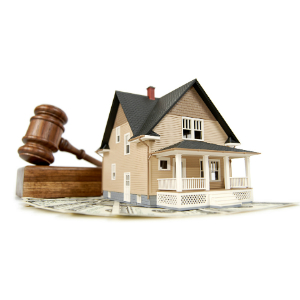 The better than expected $2.6 billion figure a consortium has agreed to pay for the lease of the NSW Land and Property Information comes as some comfort to the state law society, who has expressed ongoing concern about the integrity of the system.

In a message to NSW Law Society members, president Pauline Wright has referred to a ‘silver lining’ in the news that the state Land and Property Information (LPI) will be leased.

“The society made recommendations to government with a view to ensuring the security and integrity of the scheme should they decide to proceed despite our opposition, and we have been assured that our key suggestions have been adopted,” Ms Wright said.

“It is also noted that the price of $2.6 billion is better than has been anticipated,”she said.

Last week NSW premier Gladys Berejiklian confirmed that a 35-year deal would see the state’s LPI's titling and registry services leased to a consortium for a $2.6 billion price tag. That figure was over a billion more than the original sum the NSW government had expected when it first announced plans to sell off the public asset last year.

At the time that plans to invite tender for the LPI lease were made, the NSW Law Society joined a chorus of other representative bodies that warned against privatisation. Among those in opposition to the sell-off of the NSW public asset was the Law Council of Australia.

In her latest dispatch to members of the NSW legal profession, Ms Wright said the law society had no ideological opposition to privatisation, but rather believed oversight of land titling was a core responsibility of government.

She also stressed that the NSW LPI deal had no commercial value to lawyers, meaning the law society’s opposition to the sale was not one guided by vested interest.

“Our role as lawyers affords us an objective appreciation for the innate value of the LPI as an independent public asset, one that underpins more than $1.2 trillion in real estate and $130 billion in economic activity each year,” Ms Wright said.

“The integrity of LPI services and the public’s confidence in the registry fortifies those foundations, preserving the wealth of hundreds of thousands of homeowners and investors across the state,” she said.

A private consortium known as Australian Registry Investments (ARI) has won the tender to operate the unit, which keeps an official record of land ownership in NSW. The group has received federal regulatory approval, and comprises Hastings Funds Management (owned by Westpac), First State Super and the Royal Bank of Scotland Group’s pension fund.

“It means even more funding for the schools, hospitals, public transport and roads that people depend on every day.”

The president of the NSW Law Society also acknowledged the investment opportunities that the deal would bring to the state in her message. She noted that $1.6 billion in proceeds have been earmarked for investment projects in regional NSW.

While still concerned about security and integrity of a privately run LPI, Ms Wright went on to express relief that the NSW government promised to follow through with the law society’s recommendations concerning security of the new system.

Advara, a registry technology specialist group involved in Western Australia’s registry privatisation, has been brought onboard by the consortium to upgrade the LPI’s IT system.

“We have pointed out that the NSW LPI is already among the world’s best land registries, and there appear to be few, if any efficiencies, to be gained by introducing a private operator,” Ms Wright said.

“This is an industry on the cusp of huge technological advances, and today we have partnered with some of Australia’s most reputable investors who will make sure the people of NSW get the benefit of those advances,” Mr Perrottet said.

“Combined with the tight regulatory framework we have established, the investment, innovation and experience ARI will bring mean citizens can expect a better experience,” he said.

A new external regulator – the Registrar-General – has been established by the state government to enforce ARI’s performance during the concession, with power to monitor and audit performance, and even resume control of the LPI business if required.

Ms Wright said the law society also intends to keep a close eye on ARI’s performance, with ongoing concern for the security and integrity of the LPI.