A report from the Association of Corporate Counsel Australia has analysed the significant shifts taking place in the in-house legal sector.

The Association of Corporate Counsel (ACC) Australia recently released its 2017 Benchmarks and Leading Practices Report. The report drew on a survey of approximately 300 general counsel and chief legal officers across Australia and New Zealand to analyse the biggest trends affecting in-house lawyers.

Tanya Khan (pictured), vice-president and managing director Asia-Pacific for the ACC, told Lawyers Weekly she had four key takeaways from the report: the continuing expansion of the general counsel role, the low adoption of technology by in-house teams, the outdated operating models being used and the strong gender diversity in the sector.

“The report demonstrates that the modern general counsel is a true business adviser,” Ms Khan said.

“As the value and influence of the legal department rise, our GCs are taking on a more significant role in providing business and strategy guidance at the business and executive level.

“GCs are occupying an increasing number of roles simultaneously and … the report demonstrated they are more strategic in focus, they’re more connected to their other corporate departments and operating units, and they’re more involved in ensuring the legal, ethical and reputational integrity of their organisations.

“And I think what is interesting coming out of the report is that higher influence and alignment come from a direct reporting line to the CEO, which is something that we’ve always advocated for.”

“For GCs today, the skills required to be successful have definitely moved from the technical skills to the functional and business skills,” she said.

“We saw in the report that the top five essential skills and attributes for GCs were things like: ability to translate complex information, active listening, strategic thinking, broad business understanding, influencing skills – none of these are technical legal skills.”

But while the role of the in-house lawyer is expanding, Ms Khan said budget constraints are making it difficult for them to adopt new technologies that could improve their efficiency.

“Given the profile and the level of interest in legal technology among the in-house legal sector, it’s surprising that just 4 per cent of in-house budgets are attributed to legal technology,” she said.

“Couple that with the 100 per cent increase in implementation of innovations by legal teams since 2012, it seems that there’s an increasing need for the legal team to ensure that any technology they need to underpin their process innovation or improvement is appropriately scoped and costed, and included in either their legal budget or the overall organisational IT budget.”

“We found that in-house legal departments are, for the most part, using outdated workflow models to deliver on a rapidly increasing range of demands from across the organisation,” she said.

“The report showed that the majority of in-house legal teams have no formal workflow management systems, and only 2 per cent of internal legal budget is allocated to workflow management. It’s surprising given not only the range of cost-effective workflow management options in the market, but also the efficiency gains they provide in a resource-constrained environment.

“I think it’s a matter of many options, not a lot of time. While we’ve seen the market grow in terms of legal technology options available for in-house legal teams, now we’re at a point where there [are] so many it’s hard to sift through them all.

“We might have to go back to convergence of a number of them to make interoperability a bit easier for our in-house legal teams.”

However, it wasn’t all bad news. Ms Khan noted that many in-house teams are leaders in gender diversity, although there is still progress to be made towards true equality.

“There’s now a 50 per cent chance that corporate legal departments in Australia and New Zealand are led by women, and that’s up from 38 per cent in 2012, so that’s a terrific improvement.

“However, men are still more likely to lead in-house teams in publicly listed organisations, and those organisations with higher turnover and more employees, so there’s still work for us to do in this area.” 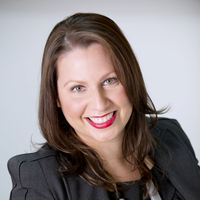