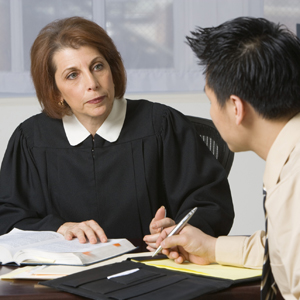 The University of Melbourne has launched a ‘Judge in Residence’ initiative to give students an insight into the working of the courts and the role of Australian judges.

The Hon. Michael Black AC QC will take up the first residency. He will be followed by the former Chief Justice of the Federal Court, as well as other esteemed current and retired judges. Each will spend time at the law school to lend their counsel to students and academics.

Black said the initiative will be of great value to students.

“They have a fascination with how the law works in practice and, for whatever reason, they find it extremely interesting talking to the people who have decided the cases they have read,” he said.

“The program will certainly benefit law students by giving them an understanding of who the judges are and what they do, as well as giving them an idea of their personalities. I think this will be interesting and, I would hope, reassuring for the students to see the face behind the words.”

Through a series of workshops, classes and guest lectures, the initiative will give students and academics the opportunity to engage with some of Australia’s most influential judicial leaders.

“This insight will provide students with a learning opportunity that is unlike the typical law school experience,” said the Dean of the university’s law school, Professor Carolyn Evans.

She added that it would encourage judges and academics with shared interests in particular areas of law to learn from one another.

Black has a history of interest in legal education, having served as Chair of the Juris Doctor Advisory Board shortly after its inception in Australia in 2001.  He was also Foundation Chairman of the Victorian Bar's course of instruction for new barristers.