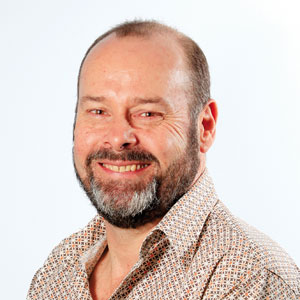 Same-sex marriage is a fundamental human right, the president of Australian Lawyers for Human Rights (ALHR) said, as two bills in favour of changing Australia’s Marriage Act were debated in Parliament.

“It was not an inquiry to determine the merits of same-sex marriage,” the report said.

The bills, introduced by the Greens’ Adam Bandt and Labor’s Stephen Jones in February, were met with both praise and criticism by MPs, with Liberal backbencher Sharman Stone stating she was not persuaded the definition of marriage should be changed.

Stephen Keim (pictured), president of ALHR, said the argument that marriage is a fixed idea is “historically inaccurate”.

“There was a time not too long ago when the legal definition of rape in Queensland did not include having forced intercourse with your wife,” he told Lawyers Weekly.

In a submission to Government, ALHR stated the Marriage Act 1961 breaches Australia’s obligations under Article 26 of the International Covenant on Civil and Political Rights, which provides protection against discrimination for reasons including sexual orientation.

Keim believes the Act’s current definition of marriage as ‘the union of a man and a woman to the exclusion of all others’ constitutes “unjustifiable discrimination” against those who wish to marry someone of the same sex.

“Gay marriage fits very nicely into the concept of non-discrimination and equality before the law,” he said.

The Law Council of Australia (LCA) also made a submission to Government, suggesting the bills simply refer to marriage as the union of two people to the exclusion of all others, revealed LCA president Catherine Gale. It also recommended same-sex marriages that are solemnised overseas be recognised by Australian law.

Gale explained that while LCA supports gay marriage it also respects religious freedom and the monogamous nature of marriage.

Keim acknowledged that marriage equality was probably not on the minds of the drafters of the Universal Declaration of Human Rights in 1948. Indeed, gay couples in long-term relationships in the late 1980s could not have anticipated the issue would be debated in parliament in 2012, he added.

“But it’s very much a live issue now, all around the world,” he said. “This is an area related to marriage where values have dramatically changed over a short period of time and there is a huge momentum factor.”

Committee chairman Graham Perrett, a supporter of same-sex marriage, echoed Keim’s sentiments in Parliament as the report was being discussed.

“It’s undefendable and unjust that two people who love each other are unable to marry each other because of their sexual orientation,” he said.

Australian laws must reflect the views and values of its people today, Perrett continued. “It is timely for me to remind everyone that God did not write the Marriage Act ... it was written by lawyers and legislators in ink, not stone.”

He encouraged all MPs to read the report before voting on the issue in Parliament.

The first same-sex marriage bill was passed in the Netherlands in December 2000 and came into effect in 2001. Other countries that have passed gay marriage bills include Belgium, Spain, Canada, South Africa, Norway, Sweden, Portugal, Iceland, Argentina and Denmark.