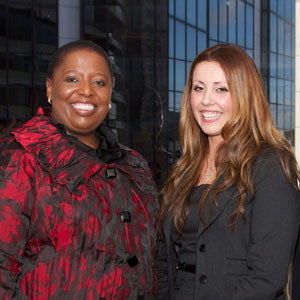 South African high commissioner Koleka Mqulwana was among guests in Sydney for the presentation of Norton Rose’s 2012 Mandela Day prize.

The prize also includes $600 spending money and an opportunity to join Norton Rose colleagues to build a house in an impoverished area of Johannesburg. Norton Rose is supporting the Niall Mellon Township Trust, a house-building charity in South Africa.

Two other winners of the prize work for Norton Rose’s member firms in Montreal and Bangkok.

This July marks the third annual Nelson Mandela International Day. It was declared a day of commemoration by a resolution of the United Nations General Assembly in 2009.