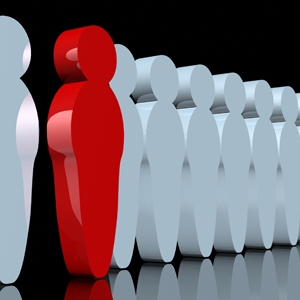 The UK’s Employment Appeal Tribunal (EAT) has found that London-based firm Bivonas discriminated against a barrister based on his sexual orientation.

The UK’s Employment Appeal Tribunal (EAT) has found that London-based firm Bivonas discriminated against a barrister based on his sexual orientation.

As The Lawyer reports, this month the EAT dismissed an appeal by Bivonas against the original decision of an employment tribunal, which found that the firm had discriminated against barrister Lee Bennett on the basis of his homosexuality.

Bennett launched the proceedings against Bivonas, which specialises in white collar crime, after he uncovered a note in 2010 written by one of the firm’s partners in 2008, that incorrectly implied he only briefed gay barristers and should be sacked, referring to his “batty boy mate”.

After lodging the claim, Bennett said the firm tried to intimidate him into withdrawing the complaint.
The EAT judgment revealed that in May 2010, Bivonas carried out its own investigation of the matter, with an initial report by the firm’s managing partner finding the note was “a personal aide-memoire” and was “never intended to be retained”.

Managing partner Antony Brown reportedly told Bennett that a full report could not be finalised until he was interviewed. Bennett launched his claim two months later.

Dismissing the appeal, the EAT held that the content of the note was “a professional slur of the utmost gravity” and that the conduct was discriminatory.

According to the UK’s Law Society Gazette, the firm said in a statement that Bennett is now working elsewhere and that the incident complained of took place almost two years ago.

“We have learned from this experience and have taken the appropriate measures in light of the tribunal’s observations,” the firm stated.