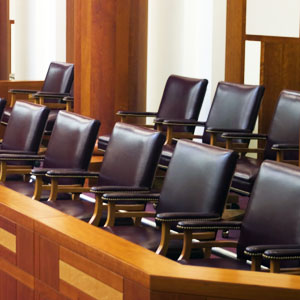 Allowing a judge to preside without a jury in the murder trial of Perth barrister Lloyd Rayney has been described as “offensive” by a legal academic.

The high-profile trial, which began yesterday (16 July) in the Perth supreme court, has attracted fierce media attention. But the decision to conduct a juryless trial in an attempt to guarantee impartiality was “surprising and disturbing” to Hugh Selby, an associate professor specialising in advocacy and court craft at Australian National University.

He told Lawyers Weekly that it is likely the defence or prosecution argued that Rayney’s case has attracted so much media coverage in WA that neither party can be assured that all members of a jury would be free of media influence.

“This argument is offensive ... the idea that jurors are necessarily so biased that they can’t reach a fair decision is insulting,” he said.

“I can’t see why 12 WA citizens should be denied the right to decide whether the accused is guilty or not.”

Rayney was arrested and charged for murdering his wife Corryn in December 2010, more than three years after her body was found in Kings Park, Perth.

The 44-year-old mother of two was a registrar at the WA Supreme Court at the time of her death.

Given the Rayneys were well-known members of Perth’s legal community, the judge and prosecution were flown to Perth from interstate to ensure a fair trial, without prejudice to any party, an arrangement that is expected to cost the state government $3 million, according to the Courier Mail.

Brian Martin, former chief justice of the Northern Territory Supreme Court, is presiding over the trial without a jury.

Selby pointed out that bringing in “out-of-town” judges is common when legal professionals are being prosecuted. The appointment of Chief Justice Martin in the Rayney case was most likely a “preventative measure” to avoid accusations that members of Perth’s legal community acted with a preconceived view for or against the accused, he added.

“This prevents anyone from alleging that the trial was in some way unfair ... it avoids suggestion the judge was influenced in any way by prior knowledge of the accused or his deceased wife.”

Bringing in prosecutor John Agius QC from New South Wales is also understandable in this case as the accused is a former prosecutor, Selby continued. “It forestalls any suggestion that the prosecution is soft,” he claimed.

Rayney was working as a barrister at the time of his arrest and has been involved in a string of high-profile cases during his legal career. This includes representing a senior police officer at Corruption and Crime Commission hearings into the wrongful conviction of Andrew Mallard, who was falsely convicted of the murder of Pamela Lawrence in 1994.

He made headlines in 2002 for suing well-known art critic Robert Hughes, who was charged with dangerous driving after surviving a near-fatal car accident in WA in the 1990s. It was alleged that Hughes made a racist comment towards Yemen-born Rayney.