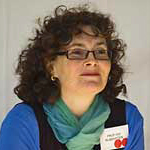 A project exploring the professional authority and public influence of women lawyers is on the agenda for the upcoming Australian Women Lawyers conference.

A project exploring the professional authority and public influence of women lawyers is on the agenda for the upcoming Australian Women Lawyers (AWL) conference.

It has been running as a pilot project for the last 18 months but has just secured funding through the Australian Research Council’s linkage grants system.

Professor Kim Rubenstein (pictured) is a director at the Australian National University (ANU) Centre for International and Public Law, and is ANU’s Gender Institute convenor. She will be speaking about the project at the AWL conference in Canberra next month.

Five-hour face-to-face interviews are planned with each participating lawyer.

Rubenstein has already interviewed six women. At least two of those interviews are publicly available in raw audio form, full transcript and via Rubenstein’s own summary and analysis.

“One of the key research questions is: ‘Has the professional authority and public influence that is accorded to lawyers enhanced those women’s civic authority?’, and then also how these women have used their legal training to political effect; how effective they’ve been as public actors in any socio-legal reform towards notions of an equality of citizenship for women,” said Rubenstein.

In one interview, Valerie French discusses balancing parental responsibilities and work; accepting a position at Blake Dawson Waldron (now Ashurst); the culture of national law firms; working as a stipendiary magistrate and a mining warden; gender balance and relations with other women lawyers; gender and race in imprisonment and parole; and her transition to retirement.

Rubenstein and her team are travelling around Australia, interviewing women lawyers on their life histories; from birth to where they are now. They hope to interview 50 altogether.

“The first woman to have a speaking role in a matter before an international tribunal has just turned 40, the first female AG has just happened … and that’s what’s so interesting,” said Rubenstein, “that’s part of the very message; trailblazing is happening to this very day, it’s not just about very old people.”

“This research is based on [the women’s] own perception of themselves and this in itself will be a valuable aspect of the research outcomes,” explained Rubenstein.

The project takes diversity into account, considering working as a lawyer through the filter of age and ethnic background, as well as in terms of legal communities; barristers and the judiciary; law firms; lawyers in politics, and lawyers working in international law.

Rebecca Lee, president of AWL, told Lawyers Weekly that the theme of the AWL conference, Women Lawyers in a Public World, tied in well with the event’s location in Canberra.

“We’ve got the federal Attorney-General coming to speak on the Friday evening, we’ve got a couple of high court justices’; one’s opening and one’s giving a talk on the theme which really comes down to the fact we’ve got to operate in a public sphere. A lot of what we do can be very private and unknown by the world but it does have a direct impact in the public world,” said Lee.

“We’re hoping to achieve just a wonderful networking and support opportunity for the lawyers that come to the conference.”

Follow this link to read and listen to the first interview undertaken with Valerie French as part of the pilot research project: http://catalogue.nla.gov.au/Record/4852444