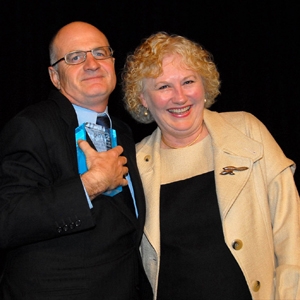 A commitment to his profession and enthusiasm for the law made one entrant the stand out for this year’s Trudie Rogers Medical Lawyers Young Gun Award.

> A commitment to his profession and enthusiasm for the law made one entrant, in the 2012 Lawyers Weekly Ausralian Law Awards, proudly sponsored by List A Barristers, the stand out for this year’s Trudie Rogers Medical Lawyers Young Gun Award.
Described by his colleagues as mature, personable and dedicated, Ajay Khandhar is a workplace relations and safety lawyer and active executive councillor of NSW Young Lawyers.
He fended off competition from Baker & McKenzie environment markets associate Megan Flynn; DLA Piper corporate whiz Jiayue Li; Fox Tucker’s Sara Bray; Squire Sanders mining and construction advisor Rebecca Heath, and Kah Lawyers’ migration and refugee law advocate Donald Chen, to win this year’s award.
Khandhar stood out for his strong experience in prosecutions under OHS legislation; his experience presenting to practitioners, and his contribution to NSW Young Lawyers.
Khandhar began as a graduate lawyer at HWL Ebsworth in March 2010 and, in August 2010, moved with his team to Middletons. He has since advised on complex investigation and litigation, covering multiple jurisdictions, in relation to the Quakers Hill Nursing Home fire in November 2011. He has also prepared a disability access facilitation plan for an international airline; drafted a social media policy for a large technology services company, and provided pro bono advice to a disability support services organisation.
“[Ajay’s] intelligence, positive attitude, quiet dignity and coolness under pressure mark him out as a lawyer with abilities way beyond what is normally found in a recent graduate,” said Robert Pelletier, a solicitor of the Supreme Court of NSW who worked with Khandhar.
This year, Khandhar managed a major CPD event for the NSW Young Lawyers, as well as the 2012 Law and Justice Leadership Conference.
In his submission, Khandhar said his “strong interest in promoting legal education and access to justice” stemmed from his upbringing in western Sydney as the son of Indian migrants.
“Through the knowledge and skills I acquire in private practice, and in my role as executive councillor of NSW Young Lawyers, I intend to continue creating programs that educate the community-at-large about their legal rights and responsibilities,” he wrote.
Trudie Rogers presented the award despite Khandhar being unable to attend. She is pictured above next to MC James O'Loughlin.
Young Gun’s dedication to education