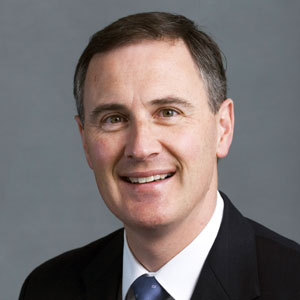 John Weber (pictured) told Lawyers Weekly that Minters is talking to US firms about developing informal partnerships. He claimed the time is ripe for independents to strengthen overseas connections now that some Australian firms are viewed as competitors to UK firms and US-based global firms.

“There is a real opportunity going forward in the US market, with a lot more independent firms of significant size ... that will no longer send their work to firms that have merged in Australia because they consider them competitors in other markets,” he said.

Minters has already picked up an alliance in the UK, with Magic Circle firm Slaughter & May ending a non-exclusive referral arrangement with Allens, which is now seen as a competitor in the wake of the Linklaters deal.

Weber claimed sharing the Slaughter & May relationship with three other firms does not devalue it: “Slaughters will work with whoever they think is the best suited to individual pieces of work and ... we’re quite happy with that arrangement.”

He also revealed that Minters has strengthened ties with global firms Freshfields and Skaddens, which have crossed off some Australian firms from their list of potential partners for cross-border deals.

These formal and informal alliances will split the market into two camps: independent firms aligned with other independents overseas, and global firms, he added.

While Weber would not rule out a global merger, saying Minters would “seriously consider” offers, he said the firm's international strategy is currently focused on growing its Asian network.

Recently opening an office in Mongolia, the firm has a presence in Hong Kong, Shanghai and Beijing. Off the back of growth in Asia, particularly out of the Hong Kong office, the firm is eyeing Singapore and other Southeast Asian countries as potential locations for expansion.