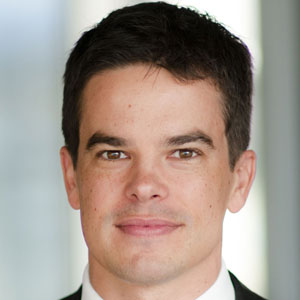 The tobacco industry is allegedly behind complaints against Australia’s packaging rules made to the World Trade Organisation (WTO) by the Dominican Republic, Honduras and Ukraine, while Marlboro-maker Philip Morris Asia is suing the Government for alleged breaches of Australia’s bilateral investment treaty with Hong Kong.

Andrew Mitchell (pictured), international law expert at Melbourne University, told Lawyers Weekly that the WTO claims have “serious problems” and are unlikely to be successful. The three countries are arguing that TRIPS gives tobacco companies a positive right to use trademarks, which Mitchell believes is a flawed argument.

“[TRIPS] gives a negative right that restricts others from using your trademark,” he explained. “Tobacco companies still have the right to use their trademark and are simply prohibited from exercising a positive right to use it on tobacco products.”

The WTO claims also allege that plain packaging constitutes an expropriation that requires compensation. But Australia is not trying to acquire their property, Mitchell said, and that is the same argument that foiled BATA’s High Court challenge.

Don Anton, an international law academic at the Australian National University, said that Philip Morris Asia’s suit is also “questionable”. The tobacco company has challenged plain packaging by claiming the Australian Government has breached the ‘fair and equitable treatment’ obligation under its bilateral investment treaty with Hong Kong.

He told Lawyers Weekly that Australia has a reasonable argument under the various bilateral investment treaties in play that plain packaging is about protecting public health and not stealing intellectual property.

The tobacco company also “faces hurdles” trying to prove that investors’ legitimate expectations have been violated, an important aspect of the obligation, Mitchell continued.

“Australia’s history of progressively sterner tobacco regulation makes it difficult for them to say they had a legitimate expectation that the tobacco regulatory environment was frozen in time and that plain packaging wouldn’t be introduced,” he said.

Mitchell added that the timing of Philip Morris Asia’s acquisition of shares in Philip Morris Australia on 23 February 2011 – 14 months after the Government announced its intention to introduce plain packs – is also unfavourable to the tobacco company’s argument.

“It will be very difficult to argue that at the time of making that investment they had a legitimate expectation that plain packaging wasn’t going to be introduced when the Government had already announced it was going to do exactly that,” he said.

The move also raises questions about whether the restructuring of the company was an act of good faith or performed for the purposes of litigation when a legal dispute was already afoot, he added.