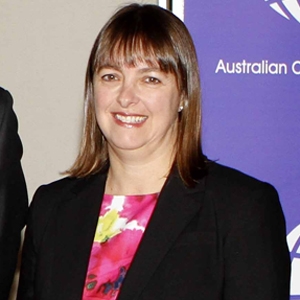 The Attorney-General has welcomed reforms to Australia's Privacy Act that were passed through the House of Representatives earlier this week, describing them as the most significant developments in privacy reform since the introduction of the Act in 1988.

The Attorney-General has welcomed reforms to Australia's Privacy Act that were passed through the House of Representatives earlier this week, describing them as the most significant developments in privacy reform since the introduction of the Act in 1988.

She added that the Government believes the new privacy laws are focused on giving power back to consumers over how organisations use their personal information.

“Australians right around the country are sharing their personal information more than ever before - whether that be by paying our bills online, buying some footy tickets for the weekend, or connecting with friends and family through social media,” said Roxon.

“Both consumers and governments have a role to play to protect privacy. In introducing these changes, the Gillard Government is doing its bit to protect the privacy of Australian families.”

The reforms, which will now be introduced in the Senate where they are currently being considered by the Senate Legal and Constitutional Affairs Legislation Committee, would simplify credit reporting and strengthen enforcement powers of the Privacy Commissioner, Timothy Pilgrim.

The Government said the changes would improve the Commissioner’s ability to resolve complaints, conduct investigations and promote privacy compliance.

The Commissioner, who was not available for comment, would be able to enforce civil penalty orders against organisations for credit-reporting breaches of up to $220,000 for individuals and up to $1.1 million for companies.

The Government has not ruled out making further amendments in the Senate in response to the Senate Legal and Constitutional Committee’s report, which is due out by the end of this month.

Last week, the Government came in for criticism from telcos, privacy lawyers and the public over a lack of transparency in relation to its controversial data retention proposals.