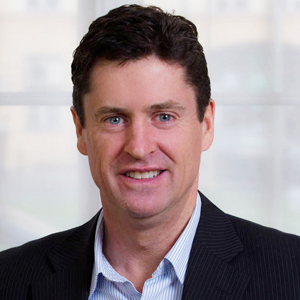 Professor Brian Fitzgerald joins ACU from Queensland University of Technology (QUT), where he was a specialist research professor in IP and innovation, and a pioneer in internet and cyber law.

“The core goals of ACU – commitment to human dignity and respect, social justice, ethical practice and public service – are what will make this a tremendous laboratory for legal education,” said Fitzgerald, who holds a Bachelor of Arts from Griffith University, a Bachelor of Law from QUT, and postgraduate degrees in law from Oxford University and Harvard University.

Fitzgerald will officially commence at ACU in March 2012 and law degrees will commence at the ACU Melbourne Campus in 2013 and in Sydney in 2014.

“ACU is entering an interesting phase of development. Student numbers are growing, new buildings are going up, leading academics are coming on board, new faculties and courses are commencing, and all of this is happening on a national scale,” said Fitzgerald.

“I understand the importance of global connections and will work hard to integrate the faculty into the global network of Catholic law schools, including leading law schools such as Georgetown and Fordham.”

Fitzgerald regularly writes and presents on IP and internet law and, since 2005, he has been personally awarded more than $5 million in research funding (and more than $10 million as part of research teams).

He is a program leader for law in the ARC Centre of Excellence on Creative Industries and Innovation, as well as for Creative Commons in Australia.

He practised as a lawyer with Crown Law (Qld) and was a research associate at the High Court of Australia.