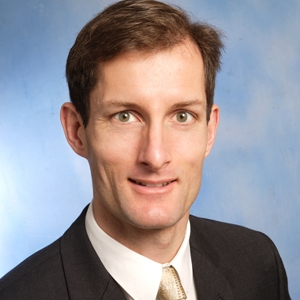 The High Court’s ruling in favour of Fortescue Metals and its chairman Andrew Forrest has failed to clarify the issue of continuous disclosure, according to legal experts.

On Tuesday (2 October) the High Court upheld an appeal by Fortescue that it did not mislead investors about deals with three Chinese state-owned entities in 2004.

The Australian Securities and Investment Commission (ASIC) had alleged Fortescue made false statements about “binding” contracts because the deals were not enforceable under Australian law.

The legal fraternity has deemed the High Court’s decision as the “correct” one, but criticised it for failing to address the “wider and more important issues” surrounding continuous disclosure and misleading and deceptive conduct.

“The ruling will have no impact on the continuous disclosure rule because it didn’t actually address the point at all … the decision was focused purely on whether the release was misleading or not,” said Halliday.

ASIC instigated its legal stoush with Fortescue in 2006, asserting that the iron-ore giant breached continuous disclosure requirements of the Corporations Act by not correcting false and misleading information.

However, the High Court rejected those allegations, stating: “The statements were neither misleading nor deceptive.”

It ends a seven-year legal battle between Fortescue and the country's securities’ watchdog over the statements.

Halliday said the Court had three issues to consider: whether the statements were misleading or not; whether there was a breach of the disclosure rule, and whether Andrew Forrest was in breach of his director duties.

“The decision answered the first of those three but really didn’t provide guidance on the other two issues, which are probably of equal or greater importance,” he said.

Damian Reichel, corporate partner at Johnson Winter & Slattery, told Lawyers Weekly that he could “understand ASIC being agitated” by Fortescue's announcements of the signing of the agreements, but that it was always going to be a tricky argument to run with.

“It was a difficult continuous disclosure case to run, unless ASIC could’ve established effectively that Fortescue knew it was misleading the market,” said Reichel.

“The way that they pleaded the case was overly complicated. When making an allegation of a breach of the Corporations Act you should be able to articulate your claim with a good degree of precision,” he added.

“The Court has taken a commercial and practical approach to the issues, which is entirely appropriate given that the law in these circumstances requires the release to be considered from the perspective of an ordinary investor,” said van Brakel.

He added that the ruling did not develop the law on continuous disclosure.

“At the heart of this case was a question about the content of a release” he said.

“A disclosure was made and the question was whether the content was misleading or deceptive given there was an added twist that the release referred to a ‘binding contract’.

"The court was at pains to point out that this question must be approached on a case-by-case analysis, and in this case they considered that from the perspective of a reasonable investor it was an entirely accurate release because it reflected what the contracting parties had actually done, and intended to do in the future.”

On the question of whether ASIC was alleging Fortescue made statements of fact or opinion, van Brakel added that ASIC was “having a bet each-way in its pleading” and said that because the outcome turned so much on the particular facts, that this will “heighten the agony of decision making” for ASIC about who it should pursue in future.