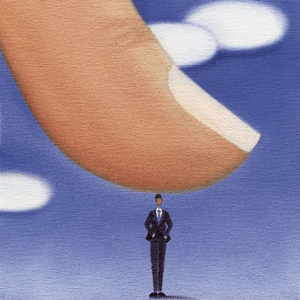 The Law Council of Australia (LCA) has been criticised by one of its constituent bodies for championing the interests of big firms on the issue of National Legal Profession Reform (NLPR).

Frank Moore, president of the Law Society of Tasmania, has accused the LCA of prioritising the wishes of national and international firms and ignoring the views of representative bodies in Queensland, Western Australia, South Australia and Tasmania, which have rejected the extension of NLPR to their states.

Moore said LCA president Catherine Gale’s statement that she would work to ensure the realisation of the national scheme “does nothing but justify one of the principle concerns”, which, he claimed, is the failure to acknowledge the interests of lawyers outside the big cities.

Moore argued that the LCA has failed in its mission by only representing the interests of constituent bodies in Victoria and New South Wales, which have already given their approval to the national scheme.

Moore’s comments are off the back of the Queensland Attorney-General’s decision on 3 October to withdraw support for NLPR.

Attorney-General Jarrod Bleijie defended his decision by claiming that the costs of establishing a national board to regulate the legal profession are “vague” and will most likely be passed on to the participating states. He added that a national board would also create an “unnecessary level of red tape”.

Moore agreed, claiming the scheme would add a “layer of bureaucracy that will drive up the cost of legal services”.