Lawyers a genuine target for authorities 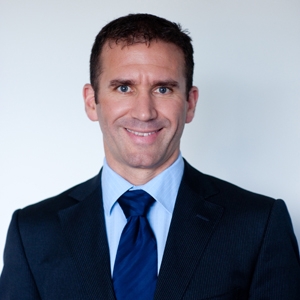 In-house lawyers have been warned that they currently have “a target on their backs” as they come under increasing threat from lawsuits and prosecutions. _x000D_ _x000D_


In-house lawyers have been warned that they currently have “a target on their backs” as they come under increasing threat from lawsuits and prosecutions.

In a speech at yesterday’s (8 October) third annual Tonkin’s General Counsel Summit, Jeremy Levy (pictured), legal director for Baxter Healthcare in Australia and New Zealand, said lawyers can easily find themselves on the wrong end of the legal system.

“We’ve got a target on our backs,” said Levy. “There are plenty of occasions when a general counsel can find themselves without their privilege and literally in the dock."

At the Summit to discuss Good Governance and Promoting a Culture of Integrity, Levy highlighted a number of well-publicised examples from overseas - particularly in the US - where in-house lawyers have been prosecuted.

He fears in-house lawyers are at a similar risk in Australia.

Levy advised counsel to ensure all their work is above board to avoid lawsuits, that they know all the facts and that they’re careful what they say during correspondence with different parties.

As the inquiry into Australia’s note-printing scandal continues in Canberra this week, Levy used yesterday’s Summit to call on the Government to expedite Australia’s long-awaited whistleblower protection initiative.

Whistleblower protection has been in place in the US for decades, and in Britain since 1998, but Australia is still waiting on similar legislation.

Levy said that encouraging and protecting whistleblowers must be a vital ingredient in good corporate compliance.

“Australia has no formal whistleblower protection or incentives,” said Levy. "I imagine the Australian version when it does come through will be more sensible than the approach in the US. I hope it at least tries to engage the internal compliance teams.

“Without that inherent protection it comes down to that person being at their employer’s mercy. When they’re in this position there’s no formal legislation protecting them."

Of the 183 countries ranked in a Transparency International report on perceived levels of public sector corruption last year, Australia ranked eighth cleanest and one of the most-improved enforcers of anti-corruption.

"Although corruption and bribery are not huge issues in Australia, companies are still putting initiatives in place to ensure proper compliance," said Levy.

He also highlighted the importance of in-house lawyers creating a culture of compliance within companies.

“Fundamentally, compliance requires lawyers to really understand the business, and the business needs to be able to approach in-house lawyers easily.”

He said lawyers should have firm documentation so that employees understand what is expected of them.

Levy added that a “culture of openness” is very important because if people don’t trust the processes they will be too scared to step forward to bring breaches of compliance to light.

According to Levy, one way for in-house lawyers to get onside with senior management in companies is to use compliance to help them win business.

“Customers these days like to do business with a compliant company, it sends a message that they’re not getting ripped off.”

Good compliance is also important for a company’s recruitment strategy, he said.

"Getting the right people into the company - people who know up front this is how we do business and what we stand for - sends a powerful message."

Lawyers a genuine target for authorities