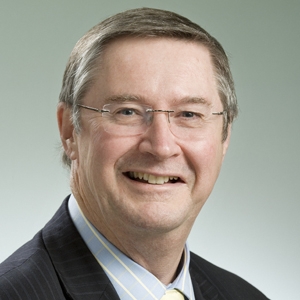 Following warnings by UK Lord Justice Leveson about the dangers of an unrestricted internet and “trial by Twitter”, NSW Attorney-General Greg Smith has said any move to bolster privacy in Australia should be led by Government and not by the courts.

Following warnings by UK Lord Justice Leveson about the dangers of an unrestricted internet and “trial by Twitter”, NSW Attorney-General Greg Smith (pictured) has said any move to bolster privacy in Australia should be led by Government and not by the courts.

Leveson and Smith were speaking at a privacy conference organised by University of Technology Sydney on Friday (7 December).

They spoke as part of a panel that included opposition communications spokesman Malcolm Turnbull and former federal attorney-general Robert McClelland.

While Smith said he remained “agnostic” about whether a new act to reinforce privacy was necessary, he did say there would be significant benefits to uniform privacy regulations in Australia.

“The NSW Law Reform Commission noted that some submissions to its review of privacy had argued this development should be left entirely to the courts,” said Smith, “however, it included that this argument is simply unpersuasive given the failure of courts to develop a general cause of action for invasion of privacy.”

He revealed that this view was expressed three years ago but that “little has changed” since.

In light of the failure of the courts to address the matter, it seems clear that if this change is to occur then Australian parliaments will need to introduce legislation for breach of privacy to address any gaps that currently exist, he added.

He told the audience that the Victorian Privacy Commissioner has argued that legislators are in a better position to craft a statutory cause of action for privacy that is more precisely targeted and one which takes into account competing public interest.

Lord Leveson, the British peer who has just spent 17 months dissecting the ethics of the British press, refused to provide any insight into the thinking behind his 2000-page report into the newspaper phone-hacking scandal in the UK.

“I treat the report as a judgment and judges simply do not enter into discussion about judgments they have given. They do not respond to comment, however misconceived, neither do they seek to correct error,” Leveson told the $950-a-head audience.

However, he did warn that “permanent and disproportionate” harm could be done to those named and shamed on the internet.

“There is not only a danger of trial by Twitter, but also of an unending punishment, and no prospect of rehabilitation via Google,” he said.

Leveson warned that bloggers and social media users are less motivated by profit than traditional media and therefore less likely to worry about the consequences of unlawful publications.

Meanwhile, Turnbull gave his backing to freedom of the internet, saying he was against any new law to strengthen privacy regulations, urging “more freedom rather than more regulation”.

Leveson will give a public lecture on News Gathering in a Time of Change at the University of Melbourne's Centre for Advanced Journalism on Wednesday (12 December).