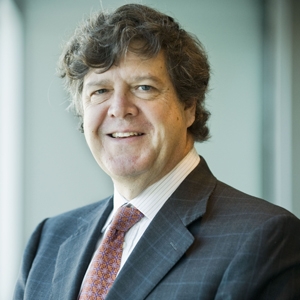 Herbert Smith Freehills (HSF) has confirmed there are no plans for any redundancies in its energy & resources practice in the coming months.

The firm said it won’t be following the lead of top-tier rivals Clayton Utz and Ashurst, both of which announced a number of redundancies last month, with Ashurst’s energy & resources practice being particularly badly hit.

“I’m not expecting to see any reduction in our staff numbers in the energy & resources field,” HSF’s Brisbane managing partner Michael Back (pictured) told Lawyers Weekly, before adding that he would be “surprised” if there were any further dramatic layoffs in the Brisbane legal market.

“Perhaps there has been a little overreaction about how dramatic the slowdown in the sector will be,” said Back.

“I don’t want to under play it either, energy & resources work has gone from being at an absolutely frantic pace, with a huge number of projects on the drawing board, to a number of them being mothballed.”

Back added that he was confident energy & resources work was not about to “fall off a cliff” as some have predicted, but said that it had already settled down to the level it will be at for the next 12 to 18 months.

“We’re quite positive about 2013, our energy & resources lawyers are still very busy,” he said.

One of the reasons behind this optimism, Back said, is the positive impact of Freehills’ high-profile merger with Herbert Smith last year.

“In Brisbane, we are starting to see some real benefits from the merger, particularly in the mining sector, where we’re acting for a number of international players that are interested in acquiring junior miners here in Queensland,” he said.

“This work is solely from the merger … projects that we wouldn’t have been involved in for clients we weren’t acting for before it happened.”

Back said the high volume of coal-mining related work HSF had been doing has slowed, particularly new projects and expansions, but that there’s still plenty of work around the oil and gas sector, while the firm continues to see an increase in coal gas seam work.

Back also said there had been an upturn in M&A activity in Queensland recently following a very subdued 2012.

For the full interview with Michael Back and other big names on the Brisbane legal scene, check out our Queensland feature in the first 2013 issue of Lawyers Weekly magazine, out Friday 25 January.