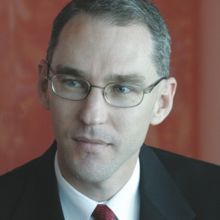 ASIC's new takeovers policy takes some of the guesswork out of the law, writes John Elliott, head of mergers and acquisitions at Clayton Utz.

ASIC's new takeovers policy takes some of the guesswork out of the law, writes John Elliott, head of mergers and acquisitions at Clayton Utz.

No-one could accuse ASIC of making policy on the run: the recent rewrite of its downstream takeovers policy is the first revision of the policy since 1996.

Some might even say that the rewrite was long overdue. After all, the relevant legislation was heavily amended in 2000, with the result that the 1996 policy was of only limited relevance to modern takeover law.

Since 2000, the Corporations Act has exempted such bidders from the need to make a formal bid for the downstream company - but only if the upstream target is listed in Australia or on a foreign exchange that has takeover rules reflecting the policy of Australian takeovers law.

As a result of the 2000 changes, downstream takeovers tended to fade from the headlines. That changed in 2010, when a Spanish takeover of a German construction company ended up in the Australian Takeovers Panel.

The German company Hochtief controlled 54 per cent of Leighton, an ASX-listed company. It was alleged in the panel that a main purpose of the Spanish bid for Hochtief was to get control of Leighton. As a result, it was argued, the Spanish bidder should be required to make a separate bid for Leighton, rather than being allowed to acquire it automatically under the downstream acquisition law.

The Panel rejected these arguments, but the dispute spurred ASIC into revisiting its policy on downstream acquisitions.

The policy gives two examples of situations in which a downstream acquisition may be unacceptable, even if it complies with the letter of the law.

The legislative policy underlying the Act will also play a part when ASIC is asked to grant relief for a downstream bid which doesn't meet the statutory criteria for exemption.

Even where such relief is granted, it will rarely be unconditional.

Where none of those factors is present, ASIC may still impose standstill and voting restrictions on the upstream bidder.

By attempting to cover all the bases, the new policy aims to take much of the guesswork out of this highly-specialised area of takeover law. It will, therefore, be very useful for Australian lawyers who are advising foreign corporate clients.