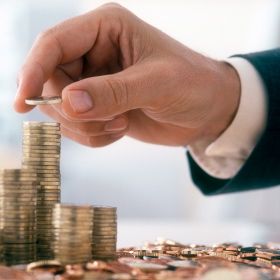 Victorian lawyer Michael Richard Brereton has been banned from handling trust money until 2014 after charges made against him by the Victorian Civil and Administrative Tribunal.

The Melbourne-based lawyer has previously been investigated by the Australian Securities and Investment Commission and the Australian Crime Commission, and charges were brought against in in 2008 for 12 charges of misconduct and unsatisfactory conduct.

The Victorian Civil and Administrative Tribunal (VCAT) ordered on Monday this week that Brereton may not apply for a practising certificate authorising him to handle trust money until 1 March 2014, following charges brought against him by the Legal Services Commissioner (LSC) in relation to the mishandling of trust money.

VCAT noted in its decision that “the overall seriousness of the proven charges would have ordinarily warranted a suspension from practice as a lawyer for a period”.

However, VCAT took into account the fact that Brereton had chosen not to renew his practising certificate from 1 July 2008 and to that effect had not engaged in legal practice during this period.

“Lawyers cannot treat their clients’ trust money as if it is their own. They have an obligation to handle trust money in accordance with the relevant legislation, legal profession rules and regulations,” he said

The orders this week were made subsequent to a guilty finding by VCAT in 2008 of 12 charges of misconduct and unsatisfactory conduct. Brereton was granted leave to appeal to the Supreme Court of Victoria in respect of one charge in which he had been found guilty by VCAT of common law misconduct for misappropriation of trust money. Brereton’s appeal was successful. The matter was referred back to VCAT to reconsider the penalty in respect of the remaining findings of guilt.

In one matter, Brereton transferred $50,000 from his trust account to his office account, which he claimed was in relation to a disbursement incurred on his client’s behalf for withholding tax. A cheque for this amount was drawn payable to the Australian Taxation Office but was never signed and remained unpresented until found a year later by a trust account inspector. This allowed Brereton to have the use of the money for that period of time.

In another matter, Brereton released $2.4 million of deposit monies held on trust under a contract of sale relating to a property project, without the appropriate authorisation and against objections from the purchaser’s solicitor. The lawyer acted as the vendor’s solicitor despite having a business interest in the transaction.

VCAT further recommended to the Legal Services Board that any practising certificate granted should prohibit Mr Brereton from handling trust money for a minimum of two years, and professional development should be undertaken in relation to ethics, trust accounting and professional practice.