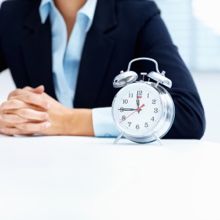 An Australian law firm has done away with paper-based time sheets, replacing them with an electronic version that’s expected to save 40,000 hours of time per year.

Henry Davis York claims to be the first law firm in Australia to eliminate paper-based time sheets and to replace them with an electronic solution by DTE Axiom. The firm estimates that its 300 professional staff, and 54 partners, will have their work hours drastically reduced by the move.

Lawyers at the firm will now capture and intuitively record time at their desktops in real time, and with the use of mobile devices such as Blackberrys and iPhones, ithe new system is expected to improve the productivity of users when they are not in the office.

The product has been tested across all of Henry Davis York's practice groups and the firm is now implementing it to all professional staff.

Commenting on the success of the project, David Willimott, CFO said the product is intuitive, and has improved professional staff's approach to time recording and capture.

“This has revolutionised the way we record time and billable hours,” he said.

Willimott also said the benefits of the new system will also extent to lawyer behaviour.

"We’ve noticed significant behavioural changes in the firm with some staff who previously used manual timesheets now choosing to use DTE and they are seeing immediate benefits.”

The first part of the pilot has involved linking Outlook calendars, time spent on documents in Word and Excel and phone calls made and received from hand-held devices to specific client matter numbers. The next phase will be to expand the capability to time record from File Site documents and calls made from desktop phones.

“We are looking forward to the next stage of this project and are excited about the prospects of adding further functionality in time capture across a variety of our business processes," Willimott added.