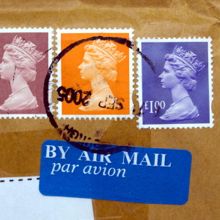 Freehills is preparing to vote on its proposed tie-up with Herbert Smith.

Freehills is preparing to vote on its proposed tie-up with Herbert Smith, and partners are expected to poll as early as mid-June, according to some reports.

Freehills, which is the third largest law firm in Australia with 980 lawyers, including about 200 partners, could not confirm the exact date as The New Lawyer made this report.

However, Herbert Smith told The New Lawyer that this date has not been confirmed.

Rumours that the two firms had intentions to join forces began late last year, but it was not until February this year that Freehills confirmed the open secret.

It is understood a note was sent to all staff in February confirming the two firms were in exploratory talks.

According to reports, the firms have no plans to be financially integrated at the beginning.

The New Lawyer has requested an exact date on the partner vote from Freehills.