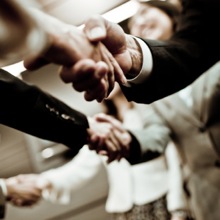 The global managing partner of King & Wood Mallesons has weighed in on the newly announced merger of Freehills and Herbert Smith, arguing the firms have wrongly emphasised structure as the leading differentiator.

The global managing partner of King & Wood Mallesons, Stuart Fuller, has weighed in on the newly announced merger of Freehills and Herbert Smith, arguing the merging firms have wrongly emphasised structure as the leading differentiator.

The full equity merger will see a single profit pool from day one, the firms said in a statement.

But Stuart Fuller, global managing partner of King & Wood Mallesons, said “an emphasis on structure is the wrong approach” for the two firms to take.

“It focuses on the firm and suggests that the priority is on partner profits and profit sharing, rather than on client service and the platform that you bring to the clients,” Fuller said.

“To suggest that a single global profit pool is your leading differentiator reinforces an internal focus and does a disservice to the many leading services firms that adopt a more flexible, nimble and client focussed business model.

“It's another difference between an ‘old world’ and a ‘new world’ approach, and a focus on developed and not developing markets and structures,” Fuller said.

“The ultimate test will be whether clients and markets believe that this is a strategic or long-term matching of capabilities or simply a short term play around Australia's energy & resources sector.”

His comments come after Freehills managing partner Gavin Bell said: "The merger will give Herbert Smith Freehills the platform to become the leading global law firm across Asia Pacific…

“Establishing from day one a single, integrated firm will give all partners the incentive to work together toward a set of shared goals and ensure a seamless service to clients."

The merged firm will have 20 offices, with 2800 lawyers, including 460 partners, making it the world’s eighth largest law firm based on total lawyer numbers.

The new firm will be organised around global practice groups and will be led by joint CEOs David Willis and Gavin Bell, the current managing partners of Herbert Smith and Freehills respectively.