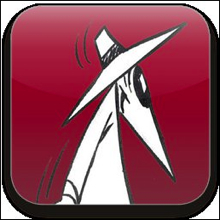 Legal and accounting firm gossip site Firm Spy has shut down amid rumours that litigation has forced it to close.

Legal and accounting firm gossip site Firm Spy has shut down amid rumours that litigation has forced it to close.

Law firms and lawyers who were repeatedly targeted by the site will breathe a sigh of relief as the anonymous authors of the often vitriolic content are silenced.

The gossip site was taken offline in June, when Crikey reported the “mysterious administrators” declined to explain why it was shut down. They told Crikey it was not, however, because of a defamatory post or the non-payment of hosting fees. The site was soon back online, however.

Administrators told Crikey that the initial suspension had nothing to do with defamation and that, despite its reputation, it seeks not to defame anyone.

However, it went back online to report on “the scoundrel in the spectacles”, a story about the Australian head of Allens Linklaters. It reported: “this bloke is a living, breathing testament to the old adage that a nice suit and a pair of faux-intellectual frames will get you ¾ of the way to a successful corporate career.”

One suspension of the site came days after Arnold Bloch Leibler called for it to remove a post because it linked the firm to pro-Hitler merchandise.

Firm Spy specialises in explosive and unattributed notes about individuals and firms in the legal and accounting worlds.

Firm Spy’s Twitter page is still running, however it has not posted since 10 July.