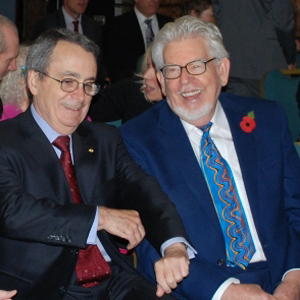 ACICA president Doug Jones has been made an officer of the Order of Australia for his services to arbitration, alongside artist and entertainer Rolf Harris and other distinguished Australians.

Jones, the head of international arbitration at Clayton Utz in Sydney, received the AO in the 2012 Queen’s Birthday Honours List, which was published in June. The investiture ceremony took place at Australia House in London last week, where Jones was arbitrating a case.

Classical pianist Piers Lane and scientist and engineer David Skellern received the honour at the ceremony at Australia House alongside Harris and Jones.

Jones, who recently stepped down as president of the Chartered Institute of Arbitrators, a London-based body representing around 12,000 arbitration professionals worldwide, has played a key role in promoting Australia as a centre for international dispute resolution.

He most recently attended a forum in Dubai, entitled The Australian Arbitration Option, to promote the country as an international dispute resolution centre.

In June, Jones also became the first Australian to sit on the board of a major arbitral association when he was appointed to the executive of the International Federation of Commercial Arbitration Institutions (IFCAI). IFCAI’s members comprise the leading international arbitration institutions, including the London International Court of Arbitration and the China International Economic and Trade Arbitration Commission.

Jones, who has more than 40 years’ experience in the law, described the investiture ceremony in London as “lovely”.

Pictured: Doug Jones and Rolf Harris at the ceremony in London