Cash rewards for whistleblowers cause concern 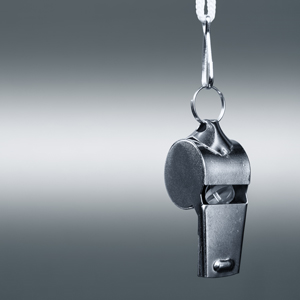 The question of whether cash rewards should be given to whistleblowers sparked debate at an anti-corruption conference in Sydney this week.

Sproule warned, however, that companies should exercise caution if the incentive is cash.

“There would have to be some very tight constraints put around such a program ... cash is an incentive for other sorts of things,” he said, citing the desire of one employee to victimise another as an example.

The comments followed a critique by Sproule of US whistleblower provisions under the Dodd-Frank Wall Street Reform and Consumer Protection Act, which offer powerful financial incentives to report suspected securities or commodities trading violations to the Securities and Exchange Commission and Commodity Futures Trading Commission.

Last year, a private banker in the US received a $US104 million reward for providing information that led to $US780 million in fines, penalties, interest and restitution to settle charges against Swiss bank UBS, which had been accused of helping thousands of American customers use Swiss accounts to evade US taxes.

One conference attendee argued that large cash incentives could create an unhealthy culture of employees spying on one another; another said introducing a policy that mirrors the US example could incentivise whistleblowers to hold off reporting a corrupt activity until its dollar value increases so they receive a larger slice of the pie.

Panellist Bob Ansell, Philip Morris’ controls and compliance manager, said non-cash incentives can be just as effective in encouraging whistleblowers to come forward. He revealed that Philip Morris offers Above and Beyond the Call of Duty (ABCD) Awards that contribute to end-of-year performance appraisals.

“[The whistleblower has] upheld the values of the company and done what we believe is the right thing in terms of reporting something that was wrong,” he said.

Ansell claimed incentives are an important issue as the “long, torturous [and] unfinished legislative journey of whistleblower legislation” languishes.

“It’s nice to have from a legislative point of view but ... I doubt it will be a priority, even after September, whichever side wins the election,” he said.

“It’s up to us as representatives of our organisations to make certain we’ve got the system, the process [and] the culture right so people will speak up and report things, regardless of what legislation may or not be there.”

Ansell also highlighted results of the World Online Whistleblowing Survey, which challenges assumptions that Australia is an ‘anti-dobbing’ society with a culture hostile to whistleblowing.

The survey revealed that 81 per cent of adult Australians believe whistleblowers should be supported, rather than punished, for revealing inside information about serious wrongdoing.

It also made a compelling case for businesses to develop an effective whistleblower policy, said Ansell, with 87 per cent of respondents saying they believe that whistleblowers should be able to use the media to draw attention to wrongdoing.

“I would much rather people speak to me than a newspaper or Today Tonight,” he added.

Cash rewards for whistleblowers cause concern