Home/
News/
You can’t get away with it anymore

You can’t get away with it anymore 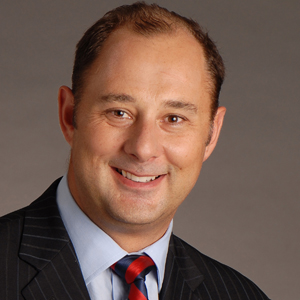 One of Australia’s most respected commercial lawyers has said that firms that slavishly stick to time billing will lose clients.

Nick Humphrey (pictured top), the head of the corporate group at Sparke Helmore and the former head of private equity at Norton Rose, told an M&A conference in Sydney on Tuesday (21 May) that the billable hour is dead in the water.

“The old way of ‘here is my hourly rate of $1000 an hour, times the number of hours and the big team I put on it’, those days are gone,” said Humphrey.

Humphrey was joined in the panel discussion at the Westin Hotel by senior partners Mark Stanbridge from Ashurst, Jonathan Algar from Clayton Utz and Peter Dunne from Herbert Smith Freehills.

The event was hosted by the global technology provider Intralinks. Matthew Porzio from Intralinks rounded out the panel.

Humphrey was far more bullish than his top-tier counterparts when talking about alternate fee arrangements (AFAs). In response to a question from Lawyers Weekly on AFAs, he revealed that 70 to 80 per cent of files in the corporate group at Sparkes now have a non-traditional fee arrangement structure.

“Whether it is fixed price, pendulum billing (swings in fees tied to success or failure on a deal) or even more revolutionary things like profit sharing, royalties, fees for equity,” said Humphrey when detailing the AFAs Sparkes has in place.

He said that by providing such alternatives to clients, his firm was getting work in a tight transactional market.

“We sat down with one client and asked them, ‘well, how do you want us to bill?’, and they said, ‘you are the first law firm that has ever asked us that question’,” said Humphrey. “I said, ‘great, don’t ask anyone else, lets work together on some pilot projects’.

“We have; and we now have two very large pilot projects where we have billed into a fashion they have asked for, which is a combination of fixed-price billing with some safety valves.”

The only other panellist to meaningfully broach AFAs in a discussion that concentrated on the parlous state of the Australian M&A market was Herbert Smith Freehills’ Dunne.

“As deal volume comes down, deals take longer to do, and you don’t necessarily get a better deal,” he said, reminiscing wryly that during the “tech craze” last decade he was engaged on a deal on a Thursday afternoon and told “we need to sign this on Friday, just look at the big points”.

Dunne said that cost pressures on clients meant they were under pressure to reduce costs on proposed transactions, and that was placing pressure on transaction lawyers to drop their rates.

“You can look at the negative side of incredible cost pressures. We are getting asked to do fixed fees and caps, etcetera, but on a slightly positive side, advisors need to take responsibility for the process and say, ‘notwithstanding that we have all this period of time, let’s find a way to do this really efficiently, and drive just a good deal’.”

At a conference in May last year, Dunne’s colleague at Herbert Smith Freehills, industries and clients managing partner Mark Rigotti, said that his firm was providing clients with a “smorgosboard” of AFAs, yet clients often prefer the hourly-billing model because it is “safe”.

“They know they want something different but they’re not sure what they want, and if it all gets too difficult they’ll go back to what they know,” said Rigotti.

Drip-drop
M&A teams at the large and mid-tier Australian firms have taken a massive hit due to lacklustre local and global activity.

According to Mergermarket, M&A activity in the Asia-Pacific (excluding Japan) in Q1 2013 is 23 per cent below the same period in 2012.

Stanbridge (pictured) said a casualty of the general decline for many Australian M&A lawyers has been the flow of work from overseas clients.

“People locally have not bought, they have sat on their hands,” he said. “I am prepared to bet my bottom dollar that there has been a fall both in local and foreign buyers because we know M&A has come off dramatically.”

For Stanbridge, that drop-off in foreign buyers is most pronounced in the reduction of work from his American client base.

“I had a big American practice ... and the tap was turned off,” said the private equity specialist, nominating September 2008 as when the downturn commenced for his practice.

“I used to get two to three calls a week from US firms and businesses that I did work for, and they have only just started [calling] again,” he added, telling the 200 to 300 strong audience, largely made up of lawyers and investment bankers that “the reality of where we are” is that those calls from prospective American clients occur at about the rate of one every quarter.

Dunne was even more pessimistic about the current state of the M&A market and the prospects for a recovery soon, noting that “it is hard to fall off the cliff when you are already at the bottom of it”.

“The anxiety is that people feel the other shoe will drop,” said Dunne. “The last seven to eight months have probably been worse than ’09, and ’09 was pretty grim.

“Activity was on the way down [then], and this [now] is sort of flat and you are kind of waiting for the stimulus to get going.”

However, Dunne did open the door cautiously to a possible partial recovery off the back of international developments.

"I think America is the way out, but you need sustained data so people will say maybe the other shoe won’t drop and there is a sense that yes, you can go out and invest," he said, adding that Europe had also handled the Cypriot financial crisis better when compared to earlier economic downturns in countries such as Ireland.

You can’t get away with it anymore