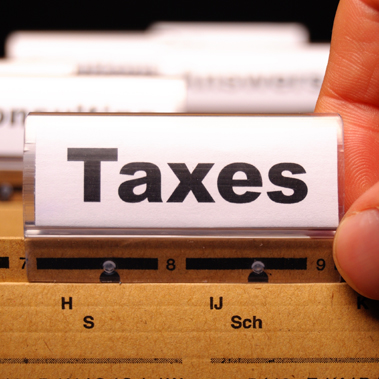 The Government’s cap on tax deductions for self‐education will disadvantage new lawyers and lawyers living in remote areas, it has been claimed._x000D_

The Government’s cap on tax deductions for self‐education will disadvantage new lawyers and lawyers living in remote areas, it has been claimed.

Those living in rural or remote areas and states outside the eastern seaboard will be dissuaded from travelling to gain a wider perspective, said Sheehy.

The career progression of those who are less financially well-off embarking on their careers and are seeking to undertake professional development training to build their knowledge will also be limited, he said.

President of the Law Society of NSW, John Dobson, said it was likely the impact of the cap would be most significant for practitioners in regional areas who may already be disadvantaged in accessing high quality CPD.

President of NSW Young Lawyers, Greg Johnson, said the policy was not as great a concern for young lawyers as for sole practitioners and those meeting their own costs, because law firms usually pay for employee CLE requirements.

“In recent years, particularly as margins are tightening, bigger firms but even smaller firms [too] have been looking to service themselves [in-house] in relation to CLE,” said Johnson, adding that lawyers in government and in private practice don’t usually pay for CLE themselves.

The policy to limit self-education expense deductions to $2000 per year from 1 July 2014 was announced in mid-April and continues to be criticised by university heads, health and medical and accountancy bodies alike.

The Government’s stated aim is to crack down on first-class airfares, five-star accommodation and expensive courses being claimed at taxpayer’s expense, but academics argue those claims should have been specifically targeted instead of introducing a blanket restriction.

Expected savings of $500 million are to be used as part of a package of reforms to make a down-payment on the National Plan for School Improvement according to Treasury.

“[The policy] seems to assume that education completes at the end of high school and that it is not also necessary to provide for access to ongoing professional development to those in the workforce, regardless of economic circumstances,” Sheehy said in the letter.

The typical claim for formal qualifications was quoted by Treasury as being $905 on average. CSA members argue this is misleading as it does not differentiate between education and ancillary costs, between employer-funded and self-funded costs, and between mandatory education and voluntary or top-up costs.

Keeping up with law

The cost of CPD is compulsory for various professionals, including lawyers, accountants, doctors and engineers. Lawyers must gain a minimum of 10 continuing legal education (CLE) points per year, whether face-to-face or online, in order to retain their practising certificate.

Executive director of the Leo Cussen Centre for Law, Elizabeth Loftus, said it is essential that lawyers develop skills while in practice.

“The law is constantly changing and it’s important that they keep up-to-date with those changes and also broaden the scope of their professional practice and their outlook,” said Loftus.

Johnson agreed CLE was crucial because of the role that lawyers play in society.

“With the duty we have not only to provide important legal services to clients but also our duties to the court, it’s critical lawyers are required to have a particular level of training on areas of law relevant to their practice and other areas relevant to practice management and ethics,” he said.