Discovering the value of in-house e-tech 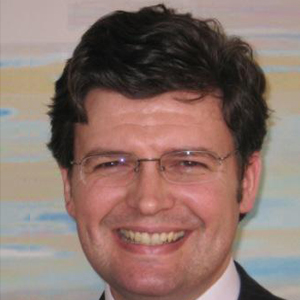 Bringing e-discovery in-house can save law firms time and money but it also risks them becoming “too successful” and burning staff out, it has been claimed.

That’s a file size that can range from 500 gigabytes to three terabytes.

Outsourcing costs around $200 to $300 per gigabyte, plus an hourly rate for the manual work of searching and culling, Golab explained.

Relevant documents are then converted from their original native electronic format to a ‘database’ format (Ringtail is the one used by around 18 of the 20 top law firms in Australia).

Bringing this sort of processing in-house has given G+T a significant cost advantage, said Golab.

“We charge by the hour, so it’s really depending on how many hours we spend on a task,” he said, adding that, typically, his team would spend six to 20 hours on a matter in e-discovery technology Nuix.

“Whatever our hourly rates are, that’s actually very cheap in comparison to paying an outsourcer … and [with the state of the global economy] there’s a lot of cost-related pressure on law firms.”

Culling, searching and sorting in-house has also allowed Golab the control and flexibility over client files that he said he can’t get when outsourcing.

“When you outsource work, you don’t have an exclusive: they’re not your employee. They might be working for 10 firms at the same time, although they’ll tell you they have unlimited resources, your job is to prioritise,” he said.

Too many Friday nights

Using Nuix in-house, Golab decides what files are a priority to search and process, and can chop and change work on the system according to urgency.

“Although we don’t aim to receive documents late on a Friday, it always happens. All of our team have remote access, so we’ll work through the night and early hours of the morning every now and then: logging into the system and checking, monitoring it and keeping it going,” he said.

“You can’t beat that level of control; it’s up to you and your team’s capacity; you’re the limit and … Nuix has a pretty decent speed of doing things.”

A vendor can turn around documents in between two and four working days, depending on complexity, but using Nuix in-house, as well as Ringtail, Golab can have documents ready for lawyers to review within 48 hours of receiving data from a client, he said.

“The flipside though is that you become too successful: too many Friday nights, too many weekends where stuff is just rolling in, and so a big advantage of outsourcing is you go to sleep and they keep working,” said Golab.

“When you do it in-house you have to deal with staff retention and staff burnout and resourcing is difficult because it’s still people who are running the systems ... and you don’t want to get it wrong because you pay for mistakes.”

“That can be a real deal maker for them and not every lawyer wants to litigate … mediation in Australia is a great thing, or knowing when the case has got to settle,” she said.

Golab’s observations about the human cost, however, are “completely correct”, said Bunting.

“I don’t think you ever want to take your eye off the ball or eye off the product or what you’re doing,” she said.

Golab joined G+T in August 2011 after 13 years in Allens’ legal technology department. He joined to help the firm “build an empire” and catch up to some of the top-tier players that he said have significant resources in the area.

“G+T used Nuix to an extent [when I started] but because they didn’t have the personnel to man it 24 hours a day they were outsourcing a lot,” he said.

Since then, the G+T legal technology team has increased its headcount to four, including one permanent position dedicated to running Nuix.

Discovering the value of in-house e-tech