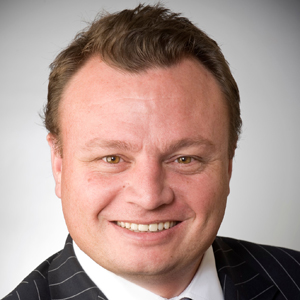 Garry Winter has resigned from his position as partner at Kelly & Co after his behaviour was referred to the state’s Legal Practitioners Conduct Board.

Kelly & Co CEO Mark Bisset confirmed Winter (pictured) had resigned from the firm of his own volition, after incorrect statements were made to a court.

“The matters which have come to our attention are unacceptable, contrary to our values and do not meet the high standards expected of every person at Kelly & Co,” Bisset said in a statement.

Kelly & Co only recently became aware of the statements made to the court and has now corrected them, said Bisset.

“No loss or damage has been suffered by any client of Kelly & Co No trust funds or client monies were involved and there has been no direct financial loss to Kelly & Co or any of its partners,” he said.

Bisset cancelled a scheduled phone interview with Lawyers Weekly on yesterday (26 June), choosing instead to provide a written statement.

He would not elaborate on Winter’s conduct or statements made to the court, except to say that Winter himself had referred them to the Legal Practitioners Conduct Board for review.

Winter was unavailable for interview prior to publication. He is reportedly still at the firm but will depart the office tomorrow (28 June).

The director of the Legal Practitioners Conduct Board did not return calls this week requesting further information.

Winter was a corporate tax law partner at Kelly & Co for more than 13 years.

He has been a director at the Adelaide Crows Football Club’s charity body Crows Foundation since 2005 and chairman of its Integrity and Compliance Committee since March this year.

He is currently listed as a non-executive director at Litigation Lending Services and as a member of The Quarter Club, which underpins fundraising objectives of the South Australian Olympic Council.

On Tuesday (25 June), Winter’s LinkedIn profile listed him as the current director at Prime Valley Pastoral Company Pty Ltd and Home Support Services Pty Ltd and a chairman of both St Andrew’s School and Arid Recovery Ltd. These roles, along with all other directorships and chairman positions, appear to have since been removed.

In his statement to Lawyers Weekly, Bisset said Winter had made a significant contribution to the firm over a number of years.