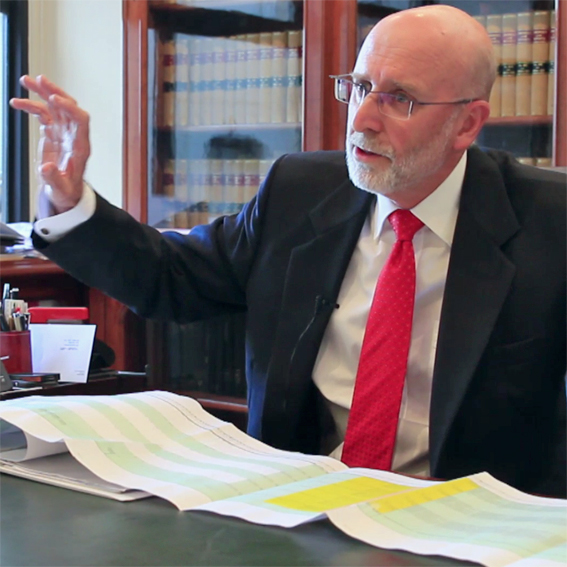 The use of electronic technology is on the rise in Australian courtrooms, but how effective is it? Stephanie Quine investigates._x000D_ _x000D_ _x000D_

The use of electronic technology is on the rise in Australian courtrooms, but how effective is it? Stephanie Quine investigates.

Australian courtrooms vary in technological sophistication. Sydney West Trial Courts in Parramatta, completed around 2008, is one of the most modern court complexes in the country.

Nearly 60 per cent of those who appear in NSW courtrooms appear via video conferencing; meaning there are about 64,000 video court conference sessions in the state per year.

“The majority of bail matters at the Sydney West Trial Courts are handled on the weekend via video conferencing,” said Michael Talbot, assistant director general at the Department of Justice and Attorney-General, who leads the administration of the NSW courts and tribunals with a budget of more than $300 million.

Studies show video links have saved tens of millions of dollars in NSW over the last six to seven years. The benefits for vulnerable or high-risk witnesses are obvious, but Sydney-based barrister Phil Greenwood believes remote conferencing can detract enormously from the impact of a testimony.

“If the evidence matters and you’re really trying to work out what the person’s like, we rob ourselves of a whole lot of information by doing it over the phone or on a screen,” said Greenwood.

Digital evidence presentation can, however, bring a case to life and help a judge and jury understand basic facts of a case.

Projecting a photo on screen for all parties at once and having the capability to zoom in and indicate relevant areas can be much more effective than using words, said Greenwood.

But Elizabeth Miller, an international expert in e-courts and the head of e-court services at Law In Order, has seen digital presentations overused.

“I worked on a jury trial that went for many months in Melbourne and some of the expert presentations became a little unbelievable for the jury; they started to lose interest in that type of evidence,” said Miller, adding that complex presentations of GPS systems and forensic materials can confuse a jury.

Paper won’t go away, said Miller, because judges and witnesses often want to look at evidence in front of them in hard copy.

“I think class actions really lend themselves to still having paper in the room because the witnesses might not feel comfortable with having electronic evidence in front of them,” said Miller.

Digital exhibits can also be much clumsier than using paper, said Greenwood, and flicking between pages on a centrally-controlled screen is slow.

“It’s perfectly possible for each of the individuals to be able to control their own screen. My challenge to all the technology companies that offer services in terms of organising documents on screen is to do it more quickly than I can do it with my folders right beside me,” said Greenwood.

“In the Federal Court, for example, they have some fabulous facilities, but the arrangements are difficult: a specialist came in to operate the technology but didn’t know how to. In other courts there’s almost no [support] and parties are required to give notice about what will be involved,” he said, adding that it could be a supply-and-demand problem as many barristers don’t use, and aren’t familiar with, courtroom technology.

“You’ll see now often in court, barristers standing up to address and they have a laptop in front of them. The laptop doesn’t help if they’re reading off the screen.

“We need to educate [barristers] more about clever ways to use this technology to present the case to the judge and to the jury.”

Security issues are a key concern for courts, but Talbot said he is keen to enable mobile technology as soon as possible in a “structured and censored way”.

“We’ve just got to be able to have local area networks within each courtroom and be able to say ‘here’s an iPad judge, here’s an iPad witness, and here’s the documents, lets all look at it’,” he said.

All submissions should also contain hyperlinks to any cases mentioned so that judges can immediately go to them, said Greenwood.

“The technology’s there, so we might as well be using it.”