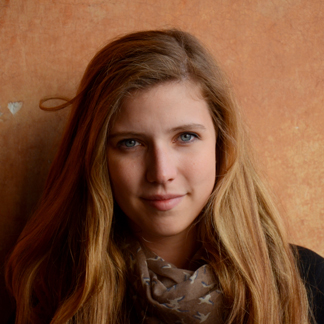 Six finalists, each with unblemished academic records and a clear passion for law, human rights and the career that’s before them, are vying for the 2013 Law Student Award, proudly sponsored by The College of Law, at this year’s Lawyers Weekly Australian Law Awards.

Six finalists, each with unblemished academic records and a clear passion for law, human rights and the career that’s before them, are vying for the 2013 Law Student Award, proudly sponsored by The College of Law, at this year’s Lawyers Weekly Australian Law Awards.

The award was open to current law students or those who graduated in 2012 and aims to recognise the academic achievements, relevant work experience, extracurricular activities, and contribution to university life and/or not-for-profit organisations, of budding lawyers. Competition was fierce, and standards exceedingly high, in this category. Personal statements from all nominees relvealed a range of ambitions from becoming a corporate law expert to passing the Bar exams to fighting for the rights of same sex couples, Asian migrants, and the disabled. Lawyers Weekly looks forward to paying tribute to their achievements and potential at the Crown Casino in Melbourne this Friday (July 26) evening. Tickets are on sale here

Sally Hill (pictured right) recently completed bachelor degrees in laws and international relations and will depart next month for Indonesia to start work on an honours thesis. Her research will examine legal barriers to Indonesia’s transition into a free market economy. With the Asian Century Whitepaper in mind, Hill plans to strengthen the relationship between the Australian Law Students Association and the Asian Law Students Association and, long-term, would like to work in anti-corruption law in the Asia-Pacific.

Chris Eigeland (pictured below) is a full-time arts/law student at Griffith University in Queensland who founded the university’s Social Enterprise and Volunteering Organisation. Through this organisation, students have been able to work with communities across Nepal and Cambodia. Eigeland also co-founded The Schoolbag, a now-global initiative delivering thousands of schoolbags, each with supplies enough to last a child one year, to developing nations. Eigeland has maintained exceptionally high marks at Griffith while clerking for King & Wood Mallesons in Shanghai and

dealing with the challenges of managing cross-national and entrepreneurial projects.

After completing a double degree at Bond University in Queensland, Kara Firth joined Corrs Chambers Westgarth’s graduate program in March 2013. Firth graduated with top marks in both her degrees, as well as undertaking work experience with Shine Lawyers and the Queensland Civil and Administrative Tribunal. She has also been actively involved with her local Bond Rotary Club and, last year, spent her holidays in Africa on a charitable education mission to teach basic literacy skills.

Emily Burke is a final year arts/law student, with an outstanding academic record, at the University of New South Wales. A strong and focused personal statement from Burke revealed her three immediate plans upon graduation: taking up an associateship with Chief Justice French at the High Court of Australia; a graduate position at Herbert Smith Freehills, and further legal studies abroad. Her long-term goal to become a barrister is guided by the mentors she has had during her work on same-sex marriage bills at the Gilbert + Tobin Centre of Public Law among other human rights projects.

Noni Nelson balances her legal studies at the University of Canberra (UC) with volunteer work at the Aboriginal Legal Service and UC’s student law society. As vice president of the society this year, Nelson worked to engage students and external law institutions in competitions and social events. With an interest in equality for women, Nelson is currently assisting in research for an Australian Research Council grant proposal for a study of Women as Arbitrators.

A final year post-graduate Masters of Laws student at Monash University, Janet Tan (pictured left) is also currently working as a paralegal at the Law Institute of Victoria (LIV). Tan manages the workplace relations section of the LIV, which consists of 1900 members. Her role involves liaising regularly with stakeholders on the LIV’s Disability Action Plan; organising legal roundtables and conferences, and performing legal research for submissions on behalf of the LIV. A former intern and employee at the North Melbourne Legal Service, Tan now spends her spare time blogging for Survive Law.