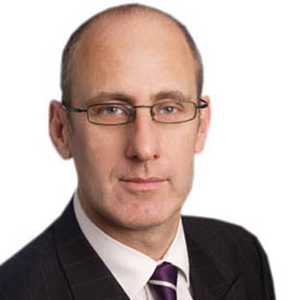 The Transaction Team category at the Lawyers Weekly Australian Law Awards, proudly sponsored by List A Barristers, celebrates the work of corporate teams that ensure deals get done._x000D_

The Transaction Team category at the Lawyers Weekly Australian Law Awards, proudly sponsored by List A Barristers, celebrates the work of corporate teams that ensure deals get done.

For this inaugural Award, law firms had the option of nominating specific transactions that were especially noteworthy, or highlighting the total work of corporate teams over the past 12 months.

The winners of this Award and the 14 other Awards will be announced at a special awards dinner the Friday (26 July) at Melbourne’s Crown Casino. You can still purchase tickets here.

Ashurst nominated the Shopping Centres Australasia Property Group IPO as a standout transaction. More than 10 lawyers worked on the deal, which was closed in October 2012 with a total value of $1.4 billion. Ashurst acted for the directors of Shopping Centres Australasia Property Group, with lawyers from the corporate, property and financial institutions and markets team ensuring that one of the largest IPOs of the last few years went ahead.

Baker & McKenzie put together a strong nomination in this category. The work of its major projects team, led by Chris Saxon (pictured) was highlighted for ensuring a number of privatisations and complex reforms were completed across energy & resources, government and environmental markets. A standout transaction the Bakers major projects team was involved in was advising Origin Energy on the $20 billion investment by Sinopec into Queensland gas fields.

The corporate advisory team at Gilbert + Tobin has acted on a number of high profile and complex matters over the past 12 months. Notable deals include acting for long-standing client Channel Nine on its $3.4 billion restructure, and acting for GrainCorp on the $3.4 billion takeover offer from Archer Daniels Midland.

The M&A group at Herbert Smith Freehills is widely recognised as one of Australia’s finest. It played a pivotal role on one of the most complex transactions of 2012, Austar’s $1.9 billion merger with Foxtel, and also advised Yancoal Australia on its $8 billion merger with Gloucester Coal.

The complexity and legal acumen required on the NSW Ports transaction formed the basis of Minter Ellison’s nomination. The Minters team recommended the transaction structure, led the implementation of the restructure of the assets for the transaction and drafted and negotiated 66 transaction documents.

Norton Rose Fulbright also nominated a single deal, which involved bringing Australia’s largest cotton farm out of administration. The Cubbie Station deal saw the global firm ensure that the biggest irrigation operation in the southern hemisphere was able to be sold to the firm’s client, the Chinese textile producer Shandong RuYi.

“The team pulled specialists from Sydney and Brisbane to come together and, with hard work and dedication, to overcome various regulatory hurdles in Australia and China to complete the deal,” said Lachlan Edwards, the managing director of Goldman Sachs who acted on behalf of the sellers.