Cutting up the partner pie 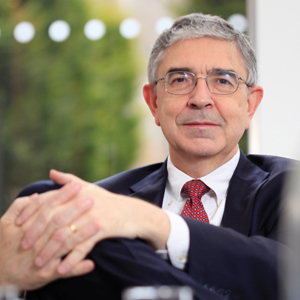 The global head of Squire Sanders has said he believes the single profit pool championed by recent global law firm entrants to Australia is overrated.

In a similar vein to established global law firms such as Baker & McKenzie, Squire Sanders, which has 39 offices in 19 countries, has a Verein partnership remuneration structure rather than a single profit pool.

Maiwurm said the Squires partner compensation system and designated criteria is designed to reward partners that contribute to the firm’s global performance.

“We are strong on having a compensation system that is consistent around the world,” said Maiwurm. “We do all our partner compensation on a global basis. We do it at the same time and it is based around the same criteria.”

Recent global law firm entrants such as Ashurst and Herbert Smith Freehills have incorporated full financial integration and a single profit pool as key planks of their strategy.

Maiwurm disagrees with the notion that partners in Australia with itchy feet would find a global firm with a single profit pool more attractive then separate partner pots spread throughout the world.

“What is more important than the technical single profit pool is the behaviours you reward,” said Maiwurm. “I don’t give a damn if you have a single profit pool or 10 of them, it is really the way that the compensation operates that works.”

Not all about the money
Partners at Squire Sanders need to exceed benchmarks on a range of non-commercial metrics in order to be remunerated above the average partner remuneration level, which for FY12 was around $US800,000.

In an interview with Lawyers Weekly in July, John Poulsen, the firm’s Australia managing partner, said that one of the reasons he was attracted to Squire Sanders was because the partner profit spread incorporated “good behaviour for good lawyers”.

“As a managing partner, you should run a firm where a collegiate and collaborative culture is rewarded and selfish, silo-type behaviour, which is all about ‘how much can I bill and look good?’ is not,” he said.

In Australia, only 30 per cent of a partner’s income at the firm is related to financial metrics.

Maiwurm reiterated that, in the modern legal environment, law firm heads look to senior partners to be mentors and foster young talent, and that, increasingly, law firms are quantifying that and rewarding it monetarily.

“What are they doing to grow people? Who are they helping?

We ask specifically those questions and, just as importantly, who has helped you,” said Maiwurm, adding that goals around diversity and pro bono are also included, alongside traditional measurements such as billable hours and fostering client relationships.

“All of those things are important to a law firm, whether it is a one-city law firm or a global firm.”

In Lawyers Weekly yesterday (3 October), Maiwurm opened up about the toll his career has taken on his family life and problems such as depression that that the profession around the world is still grappling with.

“In the wake of Dewey [US global law firm Dewy & LeBoeuf folded in 2012] I had the courage to talk about the ‘soft’ stuff, like culture, the things we are talking about now at a partners meeting,” he said.

“I did that with some trepidation as lawyers are all so cynical ... our business model, is to cooperate and help one another.”

Cutting up the partner pie